Education, research, agribusiness and mining services will be the biggest winners from a recent sister state agreement signed between the state government and the government of Indian state Andhra Pradesh, according to Treasurer Mike Nahan. 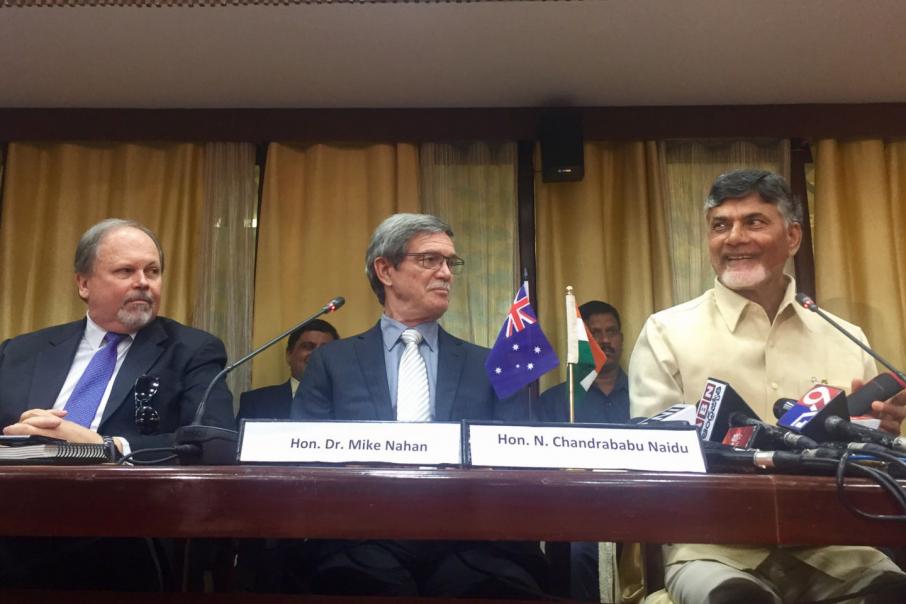 Education, research, agribusiness and mining services will be the biggest winners from a recent sister state agreement signed between the state government and the government of Indian state Andhra Pradesh, according to Treasurer Mike Nahan.

The state has a population of around 50 million and GDP of $US85 billion, making it marginally larger in economic terms than South Australia.

But it has grown at the extraordinary rate of 11 per cent per annum on average in the past decade.

Dr Nahan said India would be as significant to the state’s future as China has been in recent years.

“India is and will become one of the trading superpowers into the future and Andhra Pradesh is the fastest growing state in India,” he said.

“It will be a very important relationship going forward.

“Eventually, particularly if the reforms under way in India now continue, India will become as important to WA economically, socially and in terms of cultural links as China is today.”

Andhra Pradesh will be the fifth sister state relationship for WA, and the agreement will last for five years.

The existing four relationships are with East Java in Indonesia, Hyogo prefecture in Japan, Zhejiang province in China and Tuscany in Italy.

Dr Nahan said the agreement would focus on priority industries to help diversify the state’s economy.

“Western Australia is one of the leading centres of mining and energy services and India has a growing need for expansion of its mining and oil and gas base, and we will facilitate exchange in that area,” he said.

Education and research would be other key areas, both in international student movements and in research programs.

“India is already the largest source of overseas students to WA’s universities and Tafes, that will continue, and we will work on expanding this further,” Dr Nahan said.

“India has more students in its universities than any other country on earth.

The final area of opportunity was agribusiness, particularly technological exchange.

”Both states have extraordinary resources,”he said.

“In India, Andhra Pradesh is doing extremely well and WA is a very progressive state and they are doing good work.

“Both countries will have an understanding on education, mineral exploration, and also agriculture, aquaculture - we are going to work in such a way that it will benefit both states."

Andhra Pradesh Economic Development Board chief executive Krishna Kishore said Andhra Pradesh was ranked the number one state for doing business in India, and one of the most progressive states.