There’s growing belief commodity prices have bottomed out and things are set to improve. 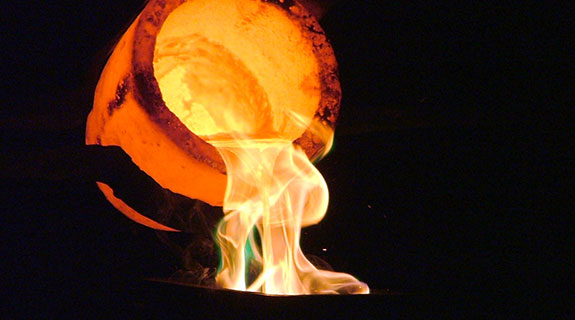 NOT SO POOR: Gold producers are benefiting from a more favourable exchange rate.

There’s growing belief commodity prices have bottomed out and things are set to improve.

If a bust follows a boom what comes next? The answer is ‘a recovery’, and while not everyone in Western Australia can feel a positive change in the state’s economic fortunes there, is a groundswell of evidence to support a belief that we have started the slow climb out of a deep hole.

What’s happening is the downturn that accompanied the collapse in commodity prices, especially for iron ore, appears to have found its bottom; and while after-shocks from the bust will rumble on, the trend from now should be up.

One of the most important factors at work is that of self-help, which has involved companies stripping costs out of their operations – primarily to survive but also to get ready for the revival.

The speed of the recovery will depend on demand for WA’s exports, especially from China. However an upturn is assured, given the state’s small population and huge export sector, which supplies countries with populations measured in the billions.

A series of recent developments point to the start of a recovery, or at least an end to the downward leg in the WA economy.

In the self-help category there has been a run of remarkable cost reduction reports from the big iron ore miners as they compete to be the world’s low-cost leader – a good position to be in at a time of flat demand and over-supply.

However the cost-cutting story can also be measured among the smaller miners, where companies such as BC Iron have renegotiated the price of everything, especially ore haulage and handling costs, to ride out the storm and could now be in a position to expand production rather than make more cuts.

With the aid of a sharply lower exchange rate, that should be sufficient for BC to flip from last year’s loss of $A158 million to a modest profit of $2.9 million in the current financial year.

Discovery and project development news is also improving. Sandfire Resources’ Monty copper find near its low-cost DeGrussa mine almost certainly means the company will be in a production much longer than the current seven-year life expectancy; just as copper prices start to rise thanks to more than 550,000t of metal being removed from the global market by high-cost producers.

Gold is another revival story, thanks in part to the exchange-rate effect, but also because miners are enjoying the benefits of reduced costs for labour and professional services; with Northern Star Resources the pin-up of the sector but St Barbara not far behind.

The St Barbara story has not been widely spread, yet, but the company’s 1,800 per cent share price rise (from 7 cents to $1.34) over the past 12 months is not only impressive, it is also the result of new life being breathed into one of WA’s oldest mines – Sons of Gwalia at Leonora.

Other events in mining, such as fresh interest in the state’s lithium deposits to meet the demands of long-life batteries used in electric cars and residential power storage, could lead to a number of new projects being developed.

But the best evidence of a bottom being found in the downturn lies in the latest ‘State-of-the-States’ report from the Commonwealth Bank of Australia, which shows how the WA economy is performing relative to the other parts of the nation.

Overall, WA ranked equal third with the Northern Territory, behind NSW and Victoria, but well ahead of Queensland, South Australia and Tasmania. The ranking was much better than some economists had expected – a sign that the bust has not been as bad a feared.

However WA fared poorly on some measures used by the bank, but not in an unexpected way. Equipment investment was down sharply, but that’s because it was coming off a stratospheric high. Unemployment was high, but that’s because a number of major construction projects have ended and production has started.

House prices have been falling, partly because the construction boom has ended and workers who moved to WA are now returning to other states.

Jobs will be the biggest negative for WA as the downturn reverses into a modest upturn, but overall economic growth thanks to cost cutting and rising levels of overall production (and productivity) will keep WA close to the top of the state rankings

PROPERTY prices are one of the weaker aspects of the WA economy today, but if you want to see who is heading for a big fall in the future, consider the boom in Sydney and Melbourne, and then layer that over the latest nonsense from a Chinese bank.

Given that neither NSW nor Victoria is in the middle of an economic boom it is obvious that both the Sydney and Melbourne property markets are overheated, thanks in part to low interest rates.

A period of cooler prices is needed, which is why government regulators and Australian banks are enforcing stricter lending rules.

Unfortunately PingAn, a Chinese bank (and therefore not policed by Australian regulators), has just entered the market with an offer of zero deposit property loans and a slick sales campaign encouraging Chinese investors to “become an Australian property owner”.

Zero interest deposits are straight from an era when bankers offered seemingly cheap loans to sub-prime customers in the US, setting the scene for a collapse in the American housing market, bank failures, and the GFC.

It’s not stretching credibility too far to see Sydney and Melbourne property prices driven even higher by Chinese buyers armed with zero-deposit home loans, but without a tenant to be found to service the loan, leading eventually to a stampede out of the market and a painful price correction.