Privately owned Perth company Eclipse Resources is facing a bill of more than $10.5 million after losing a challenge to the state government’s landfill levy. 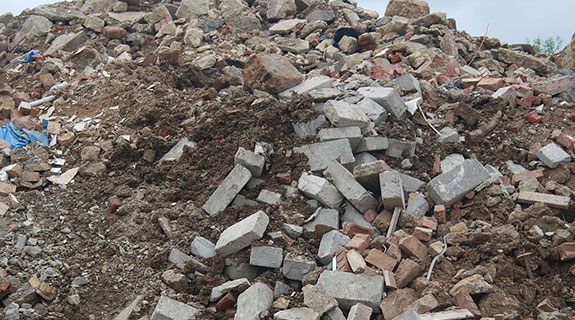 Eclipse Resources says its activities constituted ‘re-mining’ and should not be subject to the state government's landfill levy.

Privately owned Perth company Eclipse Resources is facing a bill of more than $10.5 million after losing a challenge to the state government’s landfill levy.

The ruling was keenly awaited by the government and rivals in the waste management sector.

Eclipse and its sister company Eclipse Soils are part of the Marford Group, which is controlled and owned by Trevor Delroy, according to yesterday’s Supreme Court ruling.

Eclipse had argued that the material it handled, which was primarily sourced from excavation and demolition sites, was not waste.

The company said its activities constituted ‘re-mining’ and should not be subject to the landfill levy.

Its arguments were rejected by Justice Andrew Beech, who found that the landfill levy applied to its operations at its three sites in Carramar, Postans and Neerabup.

Eclipse launched its legal challenge after its managing director, Robert Sippe, spoke out in 2012 about the government’s waste management policies.

In particular, Mr Sippe said there was a risk of asbestos contamination from the use of recycled concrete as road base.

That came after former environment minister Bill Marmion announced an agreement with Main Roads that was meant to boost the use of recycled construction and demolition waste as road base.

Mr Marmion said the significance of the agreement could not be understated, as it would create a market for more than 1 million tonnes of recycled material.

In May 2012, former Waste Authority chairman Peter Fitzpatrick published an apology to Mr Sippe after questioning his statements on the use of recycled concrete.

Later that month, the government suspended its first major contract to use recycled concrete, on the upgrade of Great Eastern Highway.

The Supreme Court ruling revolved around Eclipse’s activities between July 2008 and September 2014.

During this period, the company received material from third parties and progressively deposited and compacted some of those materials in former quarries.

The material was mostly the unwanted by-products of, or excess material from excavation, clearing, construction, demolition and other similar works.

Eclipse said the material was used to produce the likes of structural fill, peat, water retentive soils and mulch, and did not constitute waste.

Its production activities were outlined by Mr Sippe in a statement to the court, however Justice Beech said he was not satisfied that Eclipse consistently made the same products that it was making when Mr Sippe’s statement was signed in July 2015.

“I am by no means satisfied that the position as at July 2015 can be taken to reflect the position in all relevant respects from July 2008 to September 2014,” the judgement stated.

“I find that Eclipse’s conduct and thinking as to re-mining materially changed during the relevant period,” Justice Beech added later.

He referred to several periods where he found no evidence that Eclipse re-mined any of the materials it deposited and compacted.

“It was only in July or August 2014 that Eclipse formed an intention to extract, to any significant degree, materials that had been deposited in the void at the Abercrombie Road site in order to use the extracted materials to make other products,” the ruling stated.

“The evidence does not satisfy me that at any time prior to that, Eclipse deposited and compacted materials in the void at the Abercrombie Road Site with the intention, even in part, that they be subsequently extracted or available for later extraction.”

The government has claimed $10.5 million by way of unpaid levies plus penalties for non-payment.

Justice Beech deferred a ruling on the orders that should be made, including on costs.

The state government raised $60 million from the landfill levy in 2014-15 and is budgeting to get $104 million in the current financial year, after increasing the rates to $55/tonne for putrescible waste and $40/t for inert waste.

The levy for both kinds of waste is scheduled to increase to $70/t in July 2018.

Meanwhile, Environment Minister Albert Jacob announced today that up to $10 million was now available for local councils to use recycled construction and demolition waste in their civil engineering projects, such as building roads, car parks, and drains.

Mr Jacob said the program was designed to reduce the amount of construction and demolition waste going into landfill.

“Western Australia’s use of recycled construction and demolition materials is significantly lower than in other states and we need to change this,” he said.

“This is a valuable resource that we could be using in everyday construction projects.”