Dialling back the ability for small bars to open will undermine the gains made by this very sensible law. 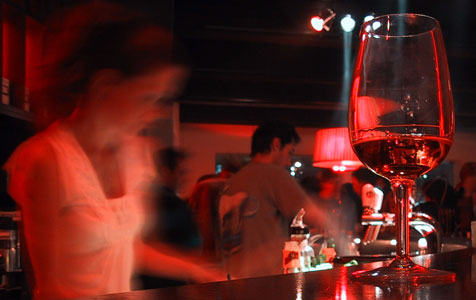 Western Australia has benefited significantly from the introduction of small bar licences by the previous Labor state government.

Under the former regulations, lobbying by major hoteliers and other licence holders had created a stagnant environment where venues had little incentive to innovate or change.

This had shifted investment towards bigger outlets with a one-size-fits-all approach, typically the lowest

common denominator. The ownership, as a result, was further from the customer.

The only bright light in the hospitality scene prior to the introduction of small bars was major investment in older pubs that had restored some of Perth and Fremantle’s most elegant institutions. The was brought on by boom time 1980s, the one-off America’s Cup clean-up of our port town, and the absence of sporting club gambling venues, which draw income away from stand-alone outlets.

But that investment had waned, and many of those distinctive venues had been corporatised.

The very recent arrival of small bars has again invigorated the nightlife of Perth as well as some major regional centres, by adding flavour that was otherwise commercially unsustainable.

This investment is making Perth far more liveable, giving consumers choice not just in the type of outlet but also geographically by allowing bars to exist more deeply in suburbia, creating micro-economies of their own as symbiotic hospitality outlets thrive nearby.

for excellence. The same thing happened in the late 1980s and early 1990s when venues such as The Sail & Anchor in Fremantle, The Brass Monkey in Northbridge and The Queens in Highgate were acknowledged as outstanding examples of hospitality venues nationally.

The new diversity of venues is allowing Perth people to alter the way they enjoy a night out. The new regulations have provided for an experience more akin to Europe or Asia where the drinking culture is typically less brutal than that created by giant beer barns.

The increase in choice is not just in the venues. To create a point of difference, small bars are offering a great mix of products, enhancing the opportunity for local liquor manufacturers sell their wares. With a significant proportion of the retail liquor market held by national players, small producers need alternatives to get to market.

The result has been an investment in brewing and distilling, as well as some invigoration of the highly competitive wine market.

Despite swift growth in the sector, it appears that the old forces opposed to choice have adjusted their tactics and are again putting the squeeze on new licences. It is

possible that some of the new small bar players may be participants in this, for it is natural for any business to seek to stop competition, especially if the mechanism of regulation and red tape allows them to do so.

It would be a pity if the wave of innovation and investment we have enjoyed were to grind to halt to protect players that have barely been on the scene for half a decade.

It would seem clear that more than just consumer choice would be affected. The arrival of small bars has created a healthier scene overall. There’s a focus on quality over quantity; like-minded people are attracted to venues where outliers are less welcome; and owners are closer to the action with a vested interest in avoiding trouble.

There is no doubt that WA, and Perth in particular, has a limit on the number of small bars it can handle. But it should be the market that sets that limit, not the state or its regulators. By all means, operators that flout laws or the stipulations of their own licence ought to be sanctioned, but existing businesses should not be protected simply because they got their first.