East Timor sticking to its guns on Sunrise 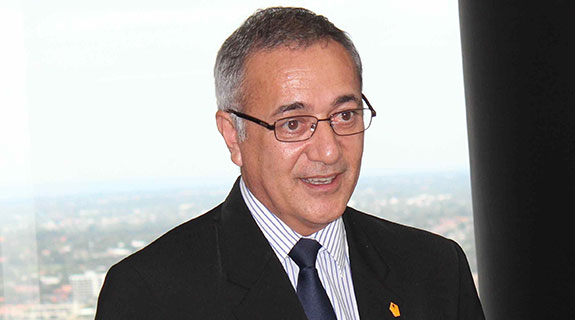 Speaking in Perth at the Australasian Oil & Gas conference, Mr Pires said East Timor was still lobbying for the long-delayed project to continue.

He said despite concerns about sovereign risk and a drop in the oil price, East Timor refused to accept Woodside’s preferred floating LNG option.

“At this stage we’re sticking to our guns,” Mr Pires said.

The development plan by Woodside Petroleum and partners Conoco Phillips, Shell and Osaka Gas has been in a hiatus due largely to regulatory uncertainties and negotiations between the Australian and East Timorese governments over maritime boundaries.

Mr Pires said East Timor had carried out $20 million worth of front end engineering design studies to determine the feasibility and cost of a pipeline to its shores.

He said he had visited an engineering firm in Germany to discuss solutions to building a pipeline over the rugged undersea bed.

“Back in 2007, the decision to go floating was because the Timor-Leste option was $19 billion, the Darwin option was $15 (billion) and floating LNG was $12 (billion),” Mr Pires said

“We came up with the figure that a pipeline to Timor-Leste would be $800 million all up and one to Darwin would be $1.8 billion.’’

He said Woodside had been approached to take an equity share and build the pipeline itself, but it had declined.

“I’ve raised that with Woodside already, if you find the whole thing too hot to handle and you might like to spend your money elsewhere where they don’t have the issues that we have then it’s another way out,” Mr Pires said.

“They said they’re not thinking of selling anything, not now.”

Mr Pires also revealed he met with Premier Colin Barnett this morning and discussed the state government’s experience with Woodside in terms of a floating or onshore Browse LNG plant.

“Australia played a very important role in the liberation of the country...but there is another challenge, another liberation that needs to be done,” he said.

“There is the liberation of our people, of poverty and disease and ignorance. This is where we need the economic development to take place.

“This is where we welcome our Australian friends once again as partners with us investing in the country so that we can fulfil that dream of taking our people out of poverty.”

A Woodside spokesperson said the Sunrise joint venture remained committed to developing the greater sunrise fields, but required the East Timor and Australian governments to first agree to legal, regulatory and fiscal regimes.

"The SJV values its relationships with both governments and is prepared to investigate different options, as a way of facilitating tripartite agreement," she said.

"Once tripartite agreement is established, the SJV believes there is an opportunity to proceed with a development that benefits all parties."