East Perth primed, but not firing

East Perth may miss out on an expected economic boost from the opening of Perth Stadium. 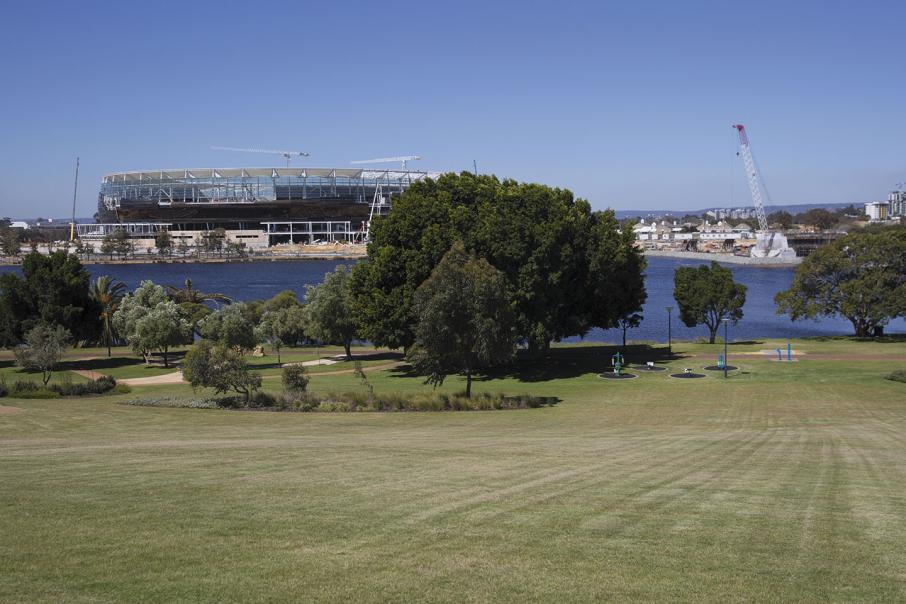 ACCESS: The stadium footbridge will provide unprecedented connectivity to the Burswood Peninsula, but will anyone stay in East Perth?.Photo: Attila Csaszar

East Perth may miss out on an expected economic boost from the opening of Perth Stadium.

Retail and hospitality leasing remains subdued at the east end of the CBD, despite forecasts showing more than 23,000 people are expected to walk through East Perth before and after each major event at Perth Stadium.

The state government recently started spruiking the benefits of its $358 million transport plan for the new stadium, a key feature of which is an expectation that 14,300 people will cross the new stadium footbridge and a further 8,600 will walk across Windan Bridge to access events.

It was expected a range of hospitality and retail operators would set up shop in East Perth to take advantage of the increase in foot traffic, replicating what has happened in the western end of the CBD since Perth Arena opened in 2012.

However, prominent retail leasing expert, Lease Equity managing director Jim Tsagalis, said there had yet to be a flood of interest in leasing retail properties in close proximity to the footbridge in East Perth.

Instead, Mr Tsagalis said the first tangible effect of the stadium opening in time for the 2018 AFL season would the AFL taking a prime lease in either the Hay Street or Murray Street malls to set up one of its retail stores.

“They’re doing that based on what happened in Adelaide (after Adelaide Oval was redeveloped),” Mr Tsagalis said at a recent Property Council of Australia event.

“If you look at Adelaide, the stadium is much better located to the CBD than Perth, but it changed footfalls.

“We’re seeing a bit more interest in the CBD proper, there are a whole lot of limiting factors at the moment, but we’re not seeing a lot in the east end particularly.”

Mr Tsagalis said he expected a large amount of people would stop off at the city before or after games for a meal or a drink, rather than look to spend time in East Perth.

However, Mr Tsagalis said Crown Perth would be a significant threat to lure the crowds away from the city once the stadium opened.

The six-star luxury Crown Towers is expected to open in December, with the resort’s operator currently running a recruitment campaign to fill the property’s new high-end retail and dining tenancies.

“The real challenge for the CBD is for us to be a bit more united and think about things a bit more,” Mr Tsagalis said.

“(Crown owner James Packer) has got a pretty good plan for Perth, and he’s put in huge amounts of infrastructure, so most will drift off over there.

“It’s a big competitor, just like suburban shopping centres are big competitors for the city, because they are commonly owned and managed, and we are very disparate in the CBD, by the nature of the ownership.”

CBRE retail services director Richard Cash said he concurred with Mr Tsagalis, with his agency not fielding many calls regarding East Perth; however he admitted that end of the city was not a major focus for him and his team.

Notwithstanding the low levels of leasing interest, there is considerable development activity in the east end of the CBD, which is ultimately expected to draw punters from stadium events.

Hospitality development On the Point, which will feature a Perth outpost of Balinese restaurant Ku De Ta as well as Beaumonde Catering’s first dedicated functions venue, will not only provide multiple options for punters to eat and drink before games, but also a place to park their cars.

National developer Lendlease also has grand waterfront plans in East Perth, with its Waterbank to feature four hectares of public space, a beach to access the river, and a range of new hospitality venues.

A development approval is in place for the first building at Waterbank – a 32-level residential tower containing 260 apartments – as well as the public open space, while an application has been submitted for the second tower in the precinct, which will ultimately deliver up to 1,000 apartments to the area.

Lendlease is planning 1,075 square metres of retail space at the first building of Waterbank, which will be situated on the absolute waterfront and surrounded by boardwalks, cafes and shops.