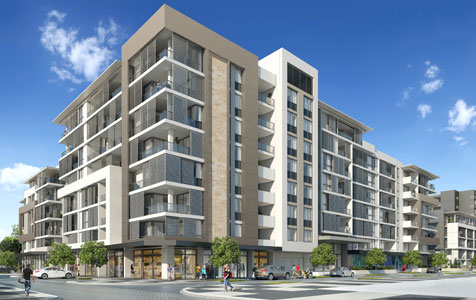 The rollout of major apartment projects is continuing in East Perth, with Finbar Group unveiling a new joint venture on Adelaide Terrace, and JAXON signing a $45 million deal to build the last stage of Frasers Property’s Queens Riverside precinct.

Finbar announced today it had inked a new joint venture to develop a $150 million, 200-apartment complex at 63 Adelaide Terrace.

The project will rise 32 storeys above the Terrace and will also include ground floor commercial lots.

The developer said it negotiated the purchase of the land, which was previously home to City Toyota, on behalf of investment company Perth Upper China Hotel for $15 million.

Under the joint venture, Perth Upper China Hotel will contribute $20 million to fund the acquisition and provide working capital, while Finbar will put in $10 million, secure development finance and carry out the redevelopment of the site.

Both parties will share equally in the development profits, while Finbar will also earn a management fee.

Design works are under way and marketing will commence late next year, while construction is scheduled to begin early in 2016.

JAXON said the contract to build Lily at Queens Riverside was worth around $45 million.

The project will comprise 126 apartments and five commercial tenancies, across two buildings, the eight storey Lily on Moreau and the five-storey Lily on Hay.

Construction has begun on site, with works expected to be complete before the end of next year.

JAXON is also building the 107-apartment QII at Queens Riverside, which is set to be finished by March, under a $35 million contract.

Finbar managing director Darren Pateman said the eastern end of Adelaide Terrace was in the middle of an exciting transformation.

“We believe this is a very opportune time for us to secure our next East Perth project, supplement our overall project pipeline and provide us with the continuity of business in this highly sought after inner-city apartment location,” Mr Pateman said in a statement to the ASX.