With about 18 per cent of Australia’s emissions from transport, the lack of leadership on a shift to electric vehicles is noteworthy. 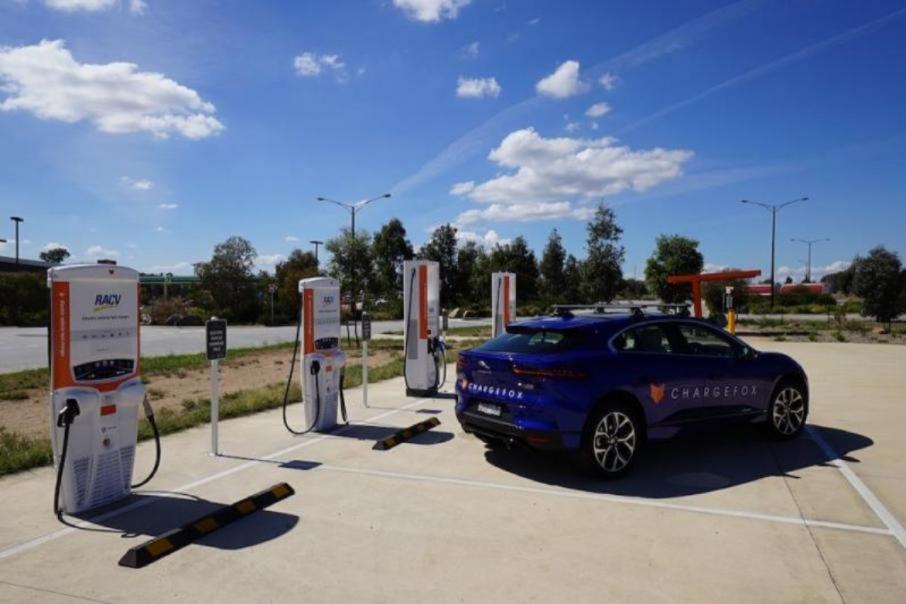 The WA government plans to add to the state’s charging infrastructure. Photo: ARENA

The recent release of the federal government’s ‘future fuels and vehicle strategy’ and the Australian Labor Party’s climate policy have highlighted how Australia is treading water in terms of the adoption of electric vehicles (EVs).

It has raised a question about EVs: how much choice do we have, and how much should we have, when it comes to our cars?

Given that transport accounts for around 17-18 per cent of Australia’s total emissions, addressing this sector’s emissions profile is fundamental to achieving the nation’s overall reduction goals.

Australian EV purchases in 2021 topped the previous year’s total by 20 per cent in the first six months, although the total number of around 20,000 EVs on Australian roads remains low.

The Electric Vehicle Council of Australia has attributed the recent growth in large part to a $3,000 rebate, abolition of stamp duty for EVs, and investment of $171 million in infrastructure from the NSW government.

However, the launch of the federal coalition’s new strategy at the Toyota Hydrogen Centre in the outskirts of Melbourne last month was a subsidy-free event.

It is another plank in the ‘technology not taxes’ mantra, with the PM banking on an upside for not forcing people to make one choice over the other.

The government believes its role is to encourage investment in the enabling technology that would facilitate choices and the development of EVs.

This is in stark contrast to Labor’s ‘electric car discount policy’, which would reduce the 5 per cent import tariff on some EVs and amend fringe benefits tax to make the upfront cost of EVs cheaper for consumers, as well as supporting the rollout of charging infrastructure.

So, how do these policies affect consumer choice?

In several ways, I fit the architype of an EV buyer: inner-city living, discretionary income without kids, and someone who makes small but active choices about reducing my individual emissions footprint.

I don’t have range anxiety and, having spent time in an EV, I know that the driving experience – performance, comfort and add-ons – can be far superior to standard vehicles.

Yet I have never purchased a new car; the idea of an asset substantially depreciating the moment it is purchased is just not something I would consider.

If I was living in NSW, I would not be choosing to buy a Nissan Leaf for $45,000 (the price once subsidies are accounted for).

If I did, based on my rough calculations on the number of kilometres I drive in a week and the savings I would make on petrol, it would take around five years for the total cost of ownership to equal my alternative purchase.

And after that, I would have a car I don’t particularly like.

Given Australia is a small market at the end of the world and without a car industry, it is no surprise that car manufacturers aren’t prioritising supply here.

Even with comparable subsidies, carmakers would still prioritise larger volume markets, many of which more broadly underwrite automaking with additional industry support.

With the current supply crunch, whether additional subsidies in the range contemplated would have a material impact on the uptake of EVs in the short-term is questionable.

Like it or not, Australia, like me, is not a first mover in the uptake of EVs.

Ultimately, there will be a tipping point where EVs reach price parity with internal combustion engines.

This is where a car manufacturer can build and market an EV with the same margin as an ICE, without subsidies.

Bloomberg research group New Energy Finance predicts this will occur in about five years, with the cost of batteries getting below $100 per kilowatt hour critical to the timeline.

At this point, volumes will enter the market and EVs will become the choice, as it will be the product automakers are supplying.

By then, a deeper second-hand market should have emerged, with a better understanding of how older batteries will perform.

Preparing for this time with investment in charging infrastructure – a tactic also being pursued by Western Australia’s government – makes sense.

As people see more charging stations in the lead up to price parity, range anxiety should begin to decline.

Joe Doleschal-Ridnell is director at JDR Advisers, where he works with clients in mining, energy and industry