Competition between carmakers to boost their fleets of EVs spells good news for WA’s lithium sector. 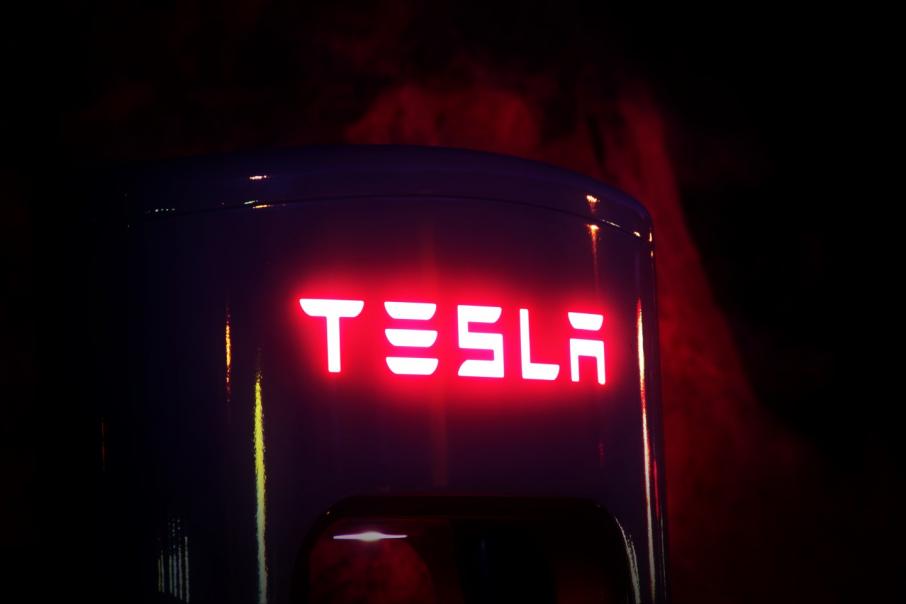 Tesla is preparing to open a $US7 billion vehicle manufacturing plant in Germany. Photo: Stockphoto

A race between Volkswagen and Nissan doesn’t sound exciting, except that it will be a win for Western Australia whichever carmaker crosses the finish line first.

VW and Nissan are the latest big vehicle manufacturers to launch multi-billion-dollar conversions to an all-electric future, and that means already strong demand for WA’s battery-grade lithium will get stronger.

In what’s shaping as a re-run of past mining booms, when the person who made the most money was the man selling pickaxes and not the miners, WA will be providing lithium to all runners in the great electric vehicle (EV) race currently led by Tesla.

VW’s all-electric drive got off to a slow start two years ago but is accelerating under the guidance of outspoken chief executive Herbert Diess, who has been stung into action by US-made Tesla’s snatching top spot in European car sales.

Not only were more Model 3 Teslas sold in Europe last quarter than any other vehicle, including VW’s once-dominant Golf, but the American all-electric carmaker is about to open a $US7 billion vehicle manufacturing plant in Germany, VW’s backyard.

For Mr Diess and his 200,000 fellow VW employees the Tesla threat is obvious. And the likely result will be significant and painful changes, including massive job losses, because EVs are much simpler than traditional vehicles with their complex internal combustion engines.

Japan’s Nissan has also just unveiled its plans to expand EV production with a $US17.6 billion investment in manufacturing capacity that will add 20 new battery-powered vehicle marques to its lineup.

An early leader in EV production with its Leaf model, Nissan has fallen behind other carmakers but plans to catch up with the investment surge.

Driving up the charts

For WA’s lithium producers, as well as companies mining nickel, which is another important battery metal, the great EV race is starting to have a significant effect on the state’s corporate pecking order.

During the past 12 months, as the price of lithium has rocketed up from around $US5,000 a tonne for the metal in its carbonate or hydroxide form to more than $US20,000/t, a group of local lithium miners have raced up the league table of most-valuable companies.

Without anyone noticing, WA now has four lithium producers in the top 150 companies listed on the Australian Stock Exchange, led by Mineral Resources and IGO, which have other interests such as iron ore and nickel, but were joined recently by Pilbara Minerals and Liontown Resources.

At 66th and 69th (respectively) on the top-150 list, MinRes and IGO sit just above Seven Group and Crown Resorts, while Pilbara at 76th has just slipped past Ampol and Carsales.com.

Liontown, the newcomer thanks to its Kathleen Valley lithium project has stormed up to 122nd, overtaking the better-known zircon miner, Iluka Resources.

The EV car race, pushed by government demands for the electrification of all vehicles over the next 20 years, ensures strong growth and fat profits for WA’s lithium miners in what increasingly looks like a long-run environmental, social and corporate governance-driven boom.

What price a fair return?

The emergence of the Omicron variant of COVID-19 was a shock to more than the health system; it might also delay the overdue normalisation of central bank interest rate settings, which, in turn, means that yield-starved investors will do increasingly silly things with their money.

While it’s hard to criticise an investor who relies on the income derived from miserable rates offered by banks on term deposits, it is easy to see that some retirees are making terrible mistakes chasing what they believe to be a fair return.

High stock market prices on companies with a questionable future profit outlook is one example of the desperate hunt for yield, as is the latest fad of investing in private equity, hedge funds and other assets that are not openly traded.

The appeal of so-called alternative assets with their promise of higher returns has led to an inflow of cash, with the total amount of capital tied up in long-term investments estimated to now total $US17 trillion.

The problem, which will become evident in the next asset-value correction phase, is that alternative investments generally require funds to be locked away for years, which means a saver might not be able to get his or her funds if and when he/she needs them.