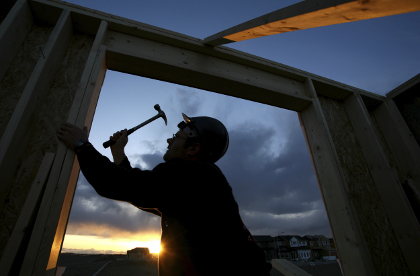 In the report, the ERA said the current arrangements, with only two suppliers in QBE and Calliden, could not be relied upon to provide long-term and stable consumer protection.

In WA, home indemnity insurance is required for all residential building work valued at more than $20,000.

It acts as a 'last resort' insurance to protect homebuyers against defaulting builders and structural defects on new homes and renovations.

Based on the current average house construction cost of $250,000, a premium from QBE or Calliden amounts to around $1,000.

The state government has an agreement with QBE and Calliden to provide indemnity insurance for projects worth between $10 million and $90 million.

The ERA said today that the existing scheme had not produced competition among insurers, and warned that either insurer could exit the market in the near-term.

“Such an outcome would be detrimental to consumers, builders, and the state government,” the ERA said in its report.

It recommended establishing a regime where private sector insurers would provide coverage over non-completion risks, while building industry associations would become providers of warranty period cover.

The ERA has invited submissions from industry regarding its recommendations.

The issue of indemnity insurance has been a major concern for the WA building industry since February 2010, when insurance provider Vero, which had been the market leader, announced its withdrawal from the market.

Master Builders WA has previously recommended the state government make home indemnity insurance voluntary, like it is in Tasmania, in a submission to the ERA last year.