The EPA will review the impact of Mineral Resources’ plan to build an 88-kilometre private haulage road to facilitate the development of Parker Range. 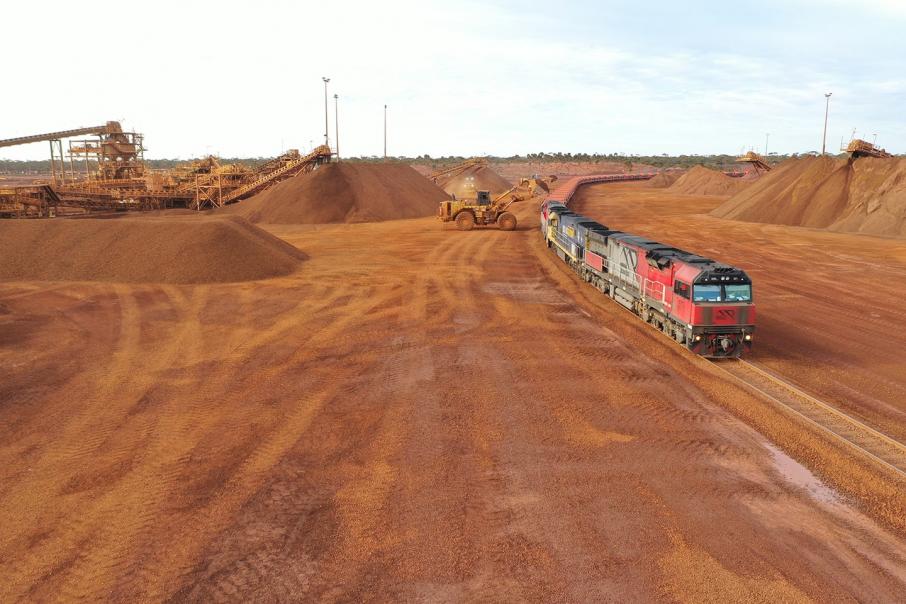 The road is part of MinRes' plan to develop Parker Range as a satellite operation to the Koolyanobbing project. Photo: Attila Csaszar

The Environmental Protection Authority will review the impact of Mineral Resources’ plan to build an 88-kilometre private haulage road to facilitate the development of its Parker Range deposit.

Mineral Resources (MinRes) plans to develop Parker Range as a satellite operation to the Koolyanobbing project in the Shire of Yilgarn, a deposit it acquired from Cazaly Resources for $20 million in 2019.

At the time of the acquisition, Mineral Resources confirmed the Parker Range deposit had an ore reserve of 31.4 million tonnes and an iron ore product grading of 56.4 per cent iron.

MinRes had already obtained approval to transport iron ore from the site to its Koolyanobbing operations for processing via existing public roads, but has recently lodged an amended proposal with the EPA for the construction of a private haulage road linking the two operations: a plan that would require the clearance of almost 300 hectares of vegetation.

Under the proposal, the road would be used for six years, with haulage operations expected to be carried out on a continuous basis.

In its submission to the EPA, the company acknowledged that the proposal had the potential to result in a loss of fauna habit and the injury or displacement of fauna due to dust, light, noise and vibration.

In response, MinRes has developed a Fauna Offset Strategy, proposing to provide a habitat for threatened species at the site, including the Malleefowl and Chuditch, through improvements to a 864ha site in the eastern Wheatbelt.

Six submissions were received during the public comment period, all of which supported a Public Environmental Assessment of the proposal: the highest level of assessment undertaken by the EPA.

In a determination released this week, EPA chair Matthew Tonts agreed the proposal should be assessed to determine how the potential impacts on flora and terrestrial fauna should be managed.

To complete that assessment, the EPA has requested additional information from MinRes, including a flora and vegetation survey and details around the proposed offset arrangement.

The determination comes six months after the company unveiled its plan to produce six times the amount of iron ore it does currently within the next two-and-a-half years.

Over the past 18 months, the company has built 130km of private haul roads to underpin that growth plan.

In January, MinRes announced it had produced 5.1mt of ore in the six months to December 31, up 22 per cent on the September quarter, the majority of which had been produced at the Koolyanobbing mine.