Tattarang’s $85 million Ningaloo Lighthouse eco-resort proposal will be subject to the highest possible level of assessment by the EPA. 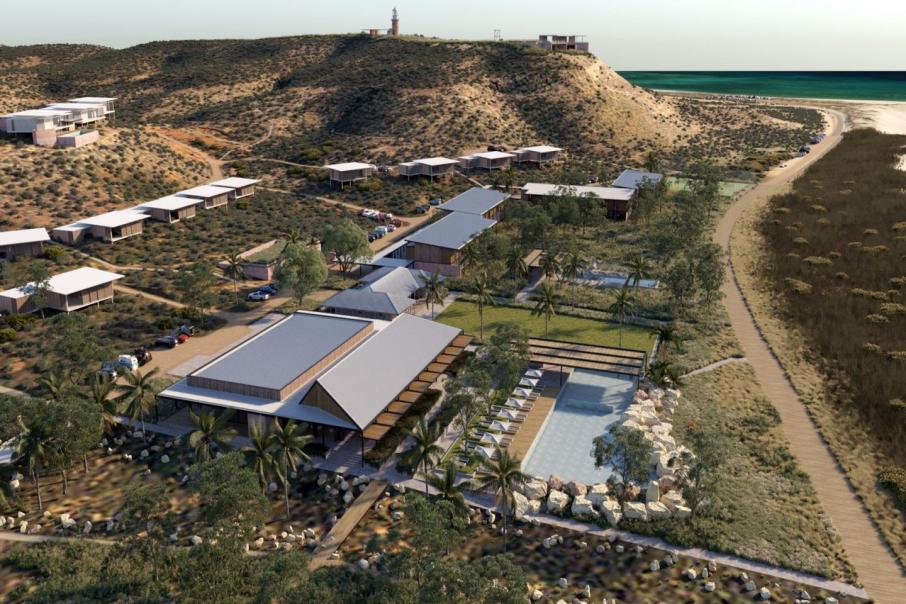 A render of the proposed Ningaloo Lighthouse Resort development in Exmouth. Image: Tattarang

Tattarang’s plan to clear parts of the heritage-listed Ningaloo Coast to make way for an $85 million eco-resort will be subject to the highest possible level of scrutiny by the state’s Environmental Protection Authority (EPA).

The development, one of the largest tourism projects in the state’s north-west, would be capable of hosting about 550 guests a night and include staff accommodation and the refurbishment of the heritage-listed Vlamingh Head Lighthouse Quarters.

Z1Z Resorts referred the proposal to the EPA back in April, attracting 52 submissions during the seven-day consultation period.

All but two of the submissions pushed for a public environmental review, the highest level of assessment undertaken by the EPA.

In a decision handed down by the EPA this week, EPA chair Matthew Tonts granted the public environmental review, saying the proposal had the potential to affect marine turtles, flora and vegetation and Aboriginal heritage sites.

Subsequently, the EPA has requested that Z1Z Resorts lodge an environmental scoping document that would then be released for a three-week public review.

In justifying his decision, Professor Tonts said further assessment of the proposal’s direct and indirect impacts, how they could be mitigated, and consultation with traditional landowners was required, particularly given the biological and social significance of the site.

The decision is not open to appeal.

The company lodged a development application for the project with the Shire of Exmouth last month and is hoping to begin construction of the resort in 2023.

The resort has been touted as a project that would have significant economic benefits for the region, creating more than 120 local jobs during the construction phase and, once operational, generating more than $30 million for Exmouth annually.

A spokesperson from Tattarang told Business News the company was a strong supporter of all necessary approval processes, welcoming the opportunity to continue to engage with local and state government authorities and surrounding communities, as it had done for the past 11 months.