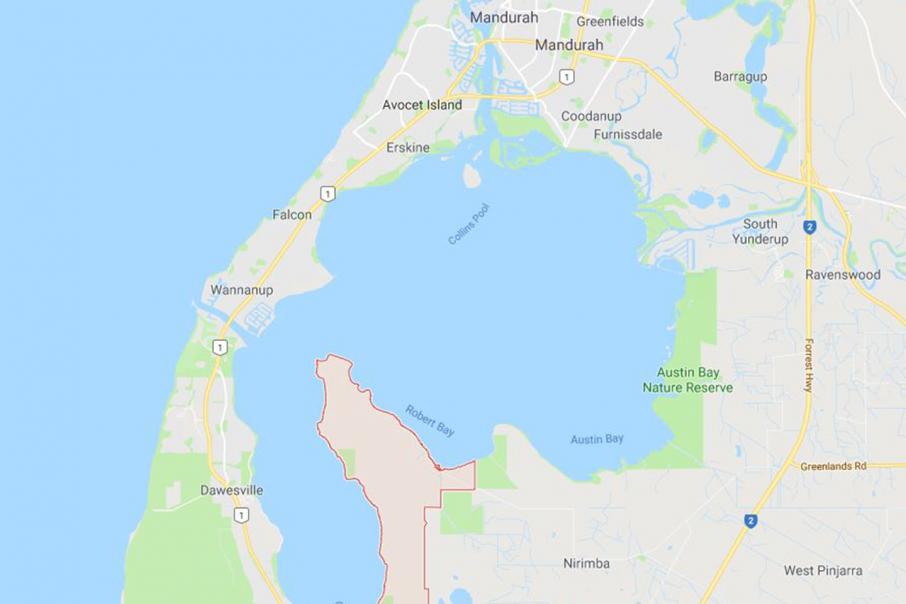 Point Grey is located within the Harvey Estuary.

In July last year, Environment Minister Stephen Dawson requested the Environmental Protection Authority to review the marina proposal, which was initially submitted in 2011, in order to extend the time limit for development to begin and consider any new information.

The proposal is located within the Harvey Estuary and would include a 300-berth marina and associated boating infrastructure on the western side of Point Grey peninsula.

The proposal also includes a 2.5-kilometre navigation channel across the estuary from the marina to the Dawesville Channel.

The marina is one part of a long-delayed land development project at Point Grey by Tian An, which comprises 3,000 new home sites.

PBD paid $93 million for the 275-hectare site from the Plunkett family, but the land has been written down to $48 million.

That write-down was in addition to losses PBD incurred on the Oceanique apartment project, located just south of the Dawesville Channel.

The ASX-listed company is 76 per cent owned by China-based Tian An China Investments and is now focused on east coast developments.

The EPA said it supported extending the time limit to begin construction on the marina until August 2022.

“Point Grey Development Company will be required to prepare a channel and marina management monitoring plan for estuary water and sediment quality prior to beginning construction and will not be permitted to undertake dredging of the navigation and entrance channel between November 1 and April 30 in any year, when the majority of migratory birds are present,” EPA chair Tom Hatton said.

“The proponent will also be required to rehabilitate and revegetate at least 4.7ha of Point Grey foreshore within three years of completion of construction and transfer 10.6ha of privately owned foreshore vegetation to the Crown for conservation purposes as part of an environmental offset strategy.”

The EPA found that no new significant environmental factors had arisen since its previous assessment of the proposal.

Mr Dawson will make the final decision on the proposal.

The news comes after the state government recently blocked the Mangles Bay marina proposal near Rockingham.

Another proposal to build a marina at the end of Wanliss Street, north of the Mangles Bay site, is currently under consideration.