The Environmental Protection Authority has commenced a new assessment of the proposed LNG gas hub near Broome, as speculation over development of the offshore Browse Basin gas fields increases. 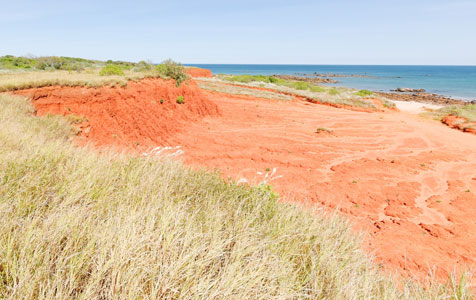 The Environmental Protection Authority has begun a new assessment of the proposed LNG gas hub near Broome, as speculation over development of the offshore Browse Basin gas fields increases.

The new assessment is proceeding even though project proponent Woodside Petroleum has opted for a floating LNG development, rather than a land-based LNG development.

Assuming the FLNG development proceeds, James Price Point is a potential site for a supply base for the offshore project.

Premier Colin Barnett has been pushing the James Price Point option, and has also stated that the project needs to ensure there is a supply of gas to domestic industry in Western Australia.

Torosa, along with Calliance and Brecknok, are the gas fields that will supply the proposed Browse FLNG plant.

WA’s bigger stake will deliver more royalties and give the state more bargaining power in its commercial negotiations with the Woodside joint venture.

Mr Barnett said this week the new boundaries were “good news for WA”.

“It means WA’s ownership share of the Browse gas is potentially higher than previously thought,” he said.

“This means, in the longer term, increased royalties from the project for the state.”

Mr Barnett said WA would work cooperatively with the Commonwealth and the joint venture partners to bring the project into production.

He has also previously signalled that he would use negotiations over the renewal of two retention leases as a bargaining chip.

Mines and Petroleum Minister Bill Marmion said “there is still much detail to be examined but the implications are significant because seven of 13 blocks in the Torosa field will be affected in varying degrees”.

WA Department of Mines and Petroleum experts are now working closely with the Commonwealth to establish the exact size of WA’s share.

The new EPA assessment of James Price Point follows a Supreme Court ruling in August last year, which found that the original EPA review was not valid.

Conflicts of interest in the assessment process meant just one EPA board member - chairman Paul Vogel - made the final decision to recommend the project for conditional approval.

The new delegates appointed by the EPA had no involvement in the previous assessment or recommendations to government.

They will assess the potential establishment of a multi-user gas hub precinct to enable the processing of up to 50 million tonnes of LNG per year from the Browse Basin.

Mr Early said today the delegates would undertake the assessment in an impartial and independent manner.

The delegates will not be considering the EPA’s previous assessment report or any of the decisions arising from processes which followed, including the appeal committee’s report.

“The delegates and I are assessing this proposal with fresh eyes,” Mr Early said.

“Together, we will determine the sufficiency of the information currently available and then if necessary what further information is required for our assessment.”