EPA policies to be overhauled

An independent panel formed to review the environmental watchdog's policies and guidelines development has recommended its policy framework be updated and simplified. 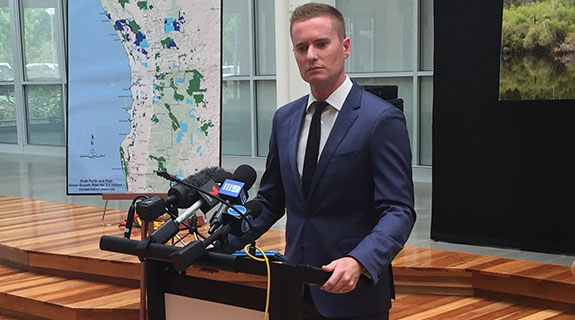 An independent panel formed to review the environmental watchdog's policies and guidelines development has recommended its policy framework be updated and simplified.

The review team found the EPA’s suite of policies and procedures was overly complicated and needed to be updated.

“This third-party health check of the EPA was necessary to ensure their environmental assessment processes are sound, robust, transparent and easy to understand,” he said.

“The EPA chairman has advised me that the changes would be implemented by the end of this year.”

EPA chairman Tom Hatton agreed it was time for a root-and-branch reconsideration of the watchdog’s policy framework.

Dr Hatton, who replaced Paul Vogul as chair of the EPA in November, said he also agreed with the reviewers’ observation that while there had been laudable efforts over the years for reform, incremental changes to policies by building upon existing structures had created legacy issues and an unnecessary complexity.

“It is our intention to follow through with these reforms as soon as possible and independent of the outcome of the appeal against the Supreme Court’s decision,” Dr Hatton said.

“Implementing the recommendations is a high priority for the EPA over the coming months.

“Once we have considered the recommendations in detail, we are committed to seeking advice and comment on proposed changes from members of our Stakeholder Reference Group, which includes representatives from government departments, non-government organisations and peak industry bodies.”

Mr Jacob announced the third-party health check into the EPA in December, after the Supreme Court ruled that the watchdog hadn’t followed its own policies when assessing the environmental impacts of the Roe 8 development.