The Environmental Protection Authority has given conditional approval to Chevron’s fourth train expansion proposal at its Gorgon gas project on Barrow Island. 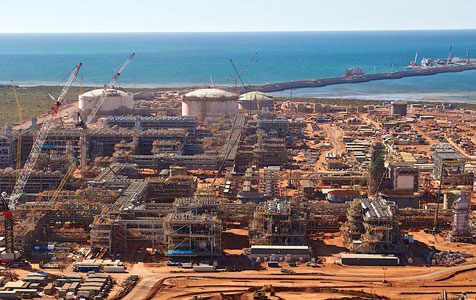 The Environmental Protection Authority has given conditional approval to Chevron’s fourth train expansion proposal at its Gorgon gas project on Barrow Island.

The proposal, which will expand Gorgon’s production capacity by 5 million tonnes to 20mt per annum, involves drilling new production wells and installing new subsea infrastructure, construction of a new feed gas pipeline system, and the addition of a fourth LNG train and associated infrastructure within Chevron’s existing gas treatment plant on the island.

“(The EPA) found that the proposal could be managed to meet the EPA’s objectives subject to the conditions in the existing ministerial statements issued for the original project,” Dr Vogel said.

The existing infrastructure that forms part of the original project will be used to export products generated by the fourth train expansion proposal.

Chevron has previously indicated that while it has sought approval for an expansion of Gorgon, it has no current plans to proceed with the expansion until market conditions improve.

Gorgon recently reached 90 per cent completion and is on track to meet its targeted start-up around the middle of this year.