A plan to expand the Onslow Marine Support Base has been given the tick of approval by the Environmental Protection Authority, three months after stage one of the project was completed. 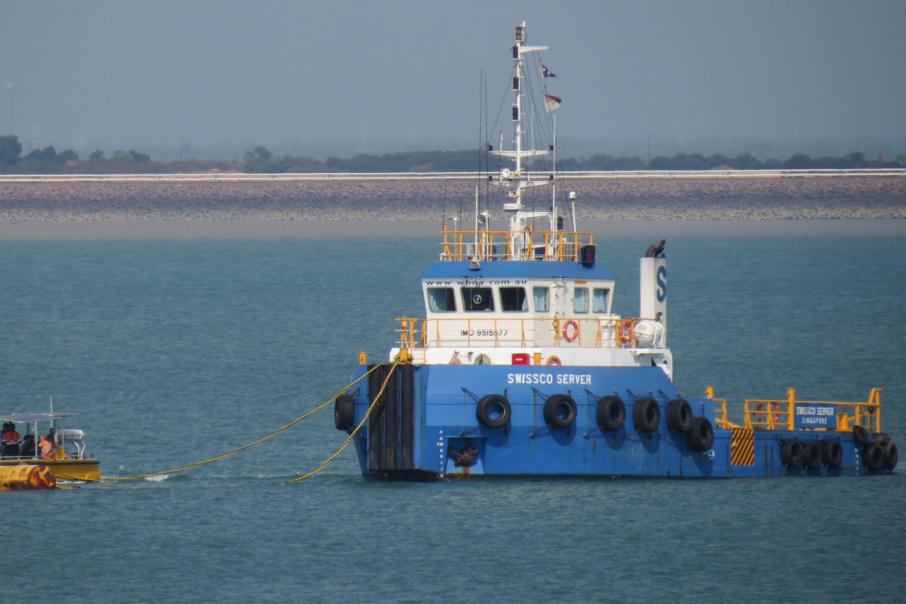 More marine support vessels will be able to use the facility after dredging is cpmplete.

A plan to expand the Onslow Marine Support Base has been given the tick of approval by the Environmental Protection Authority, three months after stage one of the project was completed.

The existing facility is run by Kuwait-based Agility Logistics, located on Beadon Creek near the town of Onslow.

Work on stage one of the facility started in 2016 and was finished late last year at a cost of about $125 million.

Stage two received the green light from the EPA today.

The plan will include extending and modifying the harbour approach channel at Beadon Creek and improving the facility’s turning basin and berth pocket.

About a million cubic metres of sediment will be dredged as part of the project.

EPA deputy chairman Robert Harvey said the department had a high level of confidence in the assessment.

“The proponent incorporated contemporary and locally relevant dredging science from the Western Australian Marine Science Institution into its predictions and proposed management of the project’s impacts,” Mr Harvey said.

“The use of the latest dredging science, as well as the conditions identified by the EPA, including the implementation of a dredging and spoil disposal management plan, means the proposal can be managed in an environmentally acceptable way.”

Spoil from dredging will be piped onshore to a disposal area near Onslow Airport.

The new harbour approach will run for around two kilometres with a depth of about six metres, enabling offshore vessels to enter the facility

The base is in close proximity to a number of offshore oil and gas projects, including Gorgon at Barrow Island and Woodside Petroleum’s Pluto platform.

That means it will be competing with nearby bases in Dampier and Exmouth.