ENK snapped up by Filipino conglomerate 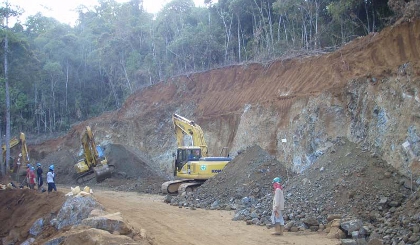 Road widening works for the Acoje project on Luzon Island in the Philippines.

DMCI has offered 19 pence (28 cents) for each ENK share, with the target's independent directors unanimously recommending shareholders accept the offer.

ENK's flagship asset is the Acoje nickel deposit in the Philippines, which has a combined JORC inferred and indicated resource of 50.14 million tonnes at 1.08 per cent nickel and 0.05 per cent cobalt.

DMCI, which has a market capitalisation of around $US3.6 billion, has a variety of interests in coal mining and exploration and construction services, as well as water and other infrastructure development including power generation.

DMCI chief executive Isidro Consunji said the company was pleased to have reached agreement to acquire ENK, which houses its Australian headquarters in West Perth.

“The offer gives ENK shareholders the opportunity to crystallise their investment at a significant premium to the undisturbed market price,” Mr Consunji said.