Edith Cowan University has confirmed it will relocate to Perth’s CBD by 2025. 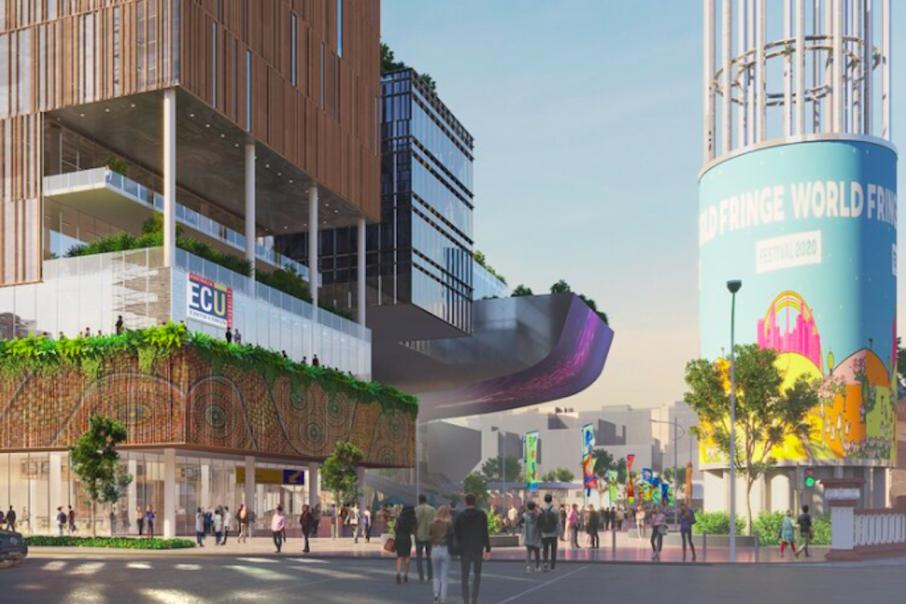 Edith Cowan University has confirmed it will relocate to Perth’s CBD by 2025.

The new, vertical campus will be partially funded by $245 million from the federal government, as per the Perth City Deal, as well as through the state government’s provision of $150 million worth of land adjacent to Yagan Square and Perth Station.

ECU will provide $300 million to fund the campus’ development.

Major institutions within the university, such as the Western Australian Academy of Performing Arts, Kurongkurl Katitjin and ECU’s technology and cyber security school, will relocate as part of the move.

As part of the deal, ECU’s Mount Lawley campus will revert to state government ownership.

The state government has said it will now embark on a masterplan for the site, including expanding the local senior high school onto the premises.

Edith Cowan University vice-chancellor Steve Chapman called the new campus the future of education, given its integration and connectedness to business and the community.

“We are thrilled that our vision for WA’s first comprehensive city campus will be a reality,” Professor Chapman said.

“This campus will deliver the innovative thinkers, adaptive learners and global citizens who will be the leaders of tomorrow.

“ECU’s new campus will change the face of our city and shape the future of our university and we are grateful to both the Federal and WA Governments for supporting our vision.”

“This campus will deliver the innovative educational experience that is critical to the development of world-ready graduates and a digital-ready economy.”

Speaking with Business News this morning, Professor Chapman said the university had been planning upgrades to its Mount Lawley facility when the opportunity to relocate the campus arose.

He said the opportunity for ECU to become the first, comprehensive university in the city’s CBD made sense, given the likes of The Juilliard School in New York City and RADA in London were easily accessible and located in the middle of their respective cities.

“That enables them to attract the very best students from around the world,” he said.

And while Professor Chapman said Mount Lawley had been an attractive location for students up to now, he could not argue the benefit of having the university be located in the city.

“That is just a game changer,” he said.

“In the evenings … a lot of shows [are] going on, and you literally transform the night-time economy of Perth.”

This morning’s announcement comes after major figures within the City of Perth had lobbied furiously in recent years to receive a new university campus after having signed the Perth City Deal with the state and federal government in 2018.

Chief Commissioner Andrew Hammond made the case bluntly in July when he told Business News that there would be nothing more important to the city’s future than a university relocating to the CBD.

All seven lord mayoral candidates in the city’s upcoming council election have also expressed varying degrees of support for the move.

In comments made earlier this morning, Prime Minister Scott Morrison touted the federal government’s support for the new campus as part of the JobMaker scheme, saying it would drive new businesses to open within the CBD.

“WA, like the rest of Australia, needs a targeted economic stimulus which will provide a boost now and into the future, and this is what we're delivering,” Mr Morrison said.

Premier Mark McGowan similarly said the new campus would attract thousands of people into the city and deliver a boost to local businesses.

“Our strong response to COVID-19 means there is no better place to be in the world than WA, and the new campus will attract both domestic and international students when our borders are safe to re-open,” Mr McGowan said.

“The [state] government will be investing $150 million in grant funding and CBD land for this transformational project which will support local jobs and encourage people back into the Perth CBD.”

Industry response for the move has already been positive, with Property Council of Australia WA Division executive director Sandra Brewer saying the possibility of tens of thousands of students in the CBD provided an opportunity to meet the city’s population target of 90,000 residents by 2050.

“City retailers and businesses should feel energised about the future and the vision being created for a dynamic and inviting CBD,” Ms Brewer said.

“We’re pleased that a significant proportion of … funding will go to fixing some of the challenges with CBD transport, such as poor pedestrian access, incomplete bike paths and wayfinding – all helping to create a more people-friendly city.”