Edith Cowan University has joined Murdoch University in freezing fees for students who enrol in an undergraduate degree this year amid concerns proposed government funding changes could drive down student enrolments. 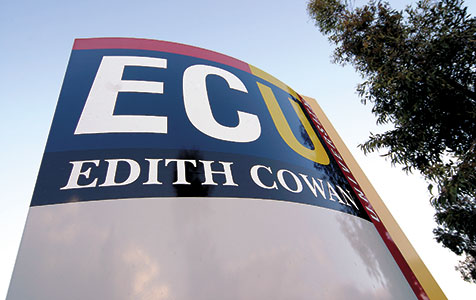 Edith Cowan University has joined Murdoch University in freezing fees for students who enrol in an undergraduate degree this year amid concerns proposed government funding changes could drive down student enrolments.

The freeze means ECU will wear the cost of a lower government contribution to course fees for those students from 2016.

Murdoch yesterday said it would not increase fees for undergraduate students commencing this year, following similar pledges by Deakin University and Victoria University this week.

ECU has followed suit while also extending the freeze to postgraduate students on Commonwealth-supported places.

The government confirmed in this month's budget that it will cut public funding of university course fees by 20 per cent from 2016, with the new fee regime affecting all new students accepting an offer from May 14 this year – just one day after the budget was handed down.

Course fees will also be deregulated from 2016, giving universities the freedom to substantially increase student contributions to cover the cost of the government funding cuts.

Some universities have expressed concern the fee changes could spook prospective students and dissuade them from enrolling in a degree.

"Our decision to freeze fees recognises that many students had already decided to study at ECU but had not yet enrolled before the budget was announced," he said.

“It also ensures that those who have been considering university studies, but had been put off by the discussions about fee increases, have the chance to commence studying at ECU and have certainty that the cost of their degree will not change.

"It is important that WA does not slip further behind the eastern states. Therefore, we have taken our decision to provide certainty for a cohort of potential students who are considering entering higher education at present.”

Labor, the Greens and the Palmer United Party have all signalled they will oppose changes to higher education fees when they come before the Senate.