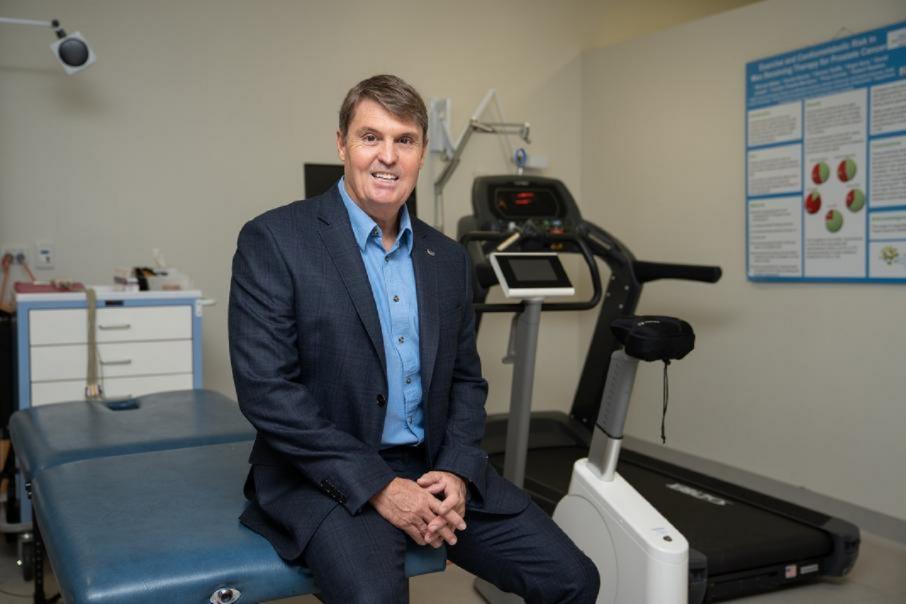 Business News had previously reported on Professor Newton's research when he was nominated for the award.

In a statement, Premier Mark McGowan praised both Professor Newton and Professor Bland for their wins, recognising them for their world leading research in the STEM field.

“Professor Phil Bland has advanced our understanding of the solar system and Professor Newton has improved the quality of life for cancer survivors," Mr McGowan said.

"Both are highly deserving joint winners of the scientist of the year award.”

Science Minister Dave Kelly echoed those comments, saying it was fantastic to see local talent and achievements showcased through the awards.

In a statement, deputy vice-chancellor Chris Moran praised Professor Bland and Dr Cross, saying he was delighted to see the univeristy's researchers recognised among WA's finest contributors to the STEM field.

“Professor Bland and Dr Cross are making their mark on the world stage, inspiring the next generation of scientists to consider the exciting opportunities a career in STEM can offer," he said.

UWA was recognised in two categories, with Jessica Kretzmann awarded the ExxonMobil student scientist of the year award and Sharynne Hamilton named Shell aboriginal STEM student of the year.

As well as working with UWA, Ms Hamilton works with Telethon Kids, where she has focused on equitable access to services and working directly with Aboriginal people.

“Sharynne’s work in promoting healing in Western Australian communities – by merging western neurodevelopmental science with the social determinants of Aboriginal health – is inspiring and has led to innovative initiatives that are having positive impacts for Aboriginal communities,” said Professor Carapetis.

“The projects she has been involved in have important implications for criminal justice and community health, and are providing a framework for healing, growth, and hope.”

Professor Carapetis also offered praise to Professor Carol Bower, one of Telethon Kids' founding researchers, on her induction into the WA Science Hall of Fame.

“The community, in WA and beyond, has benefited in countless ways from Carol’s rigorous scientific approach and determination to make research count,” he said.

“Beyond the paradigm-shifting work she has done in relation to folate and birth defects, she has had a profound impact on Australia’s ability to grasp and address the nature, causes and scale of FASD.

“She and her team have united the scientific, justice, social services and health communities to tackle FASD, developing Australian diagnostic tools and informing the community about the risks of alcohol during pregnancy.”

Astrofest and Perth Observatory were named the joint winners of the Chevron science engagement initiative of the year.