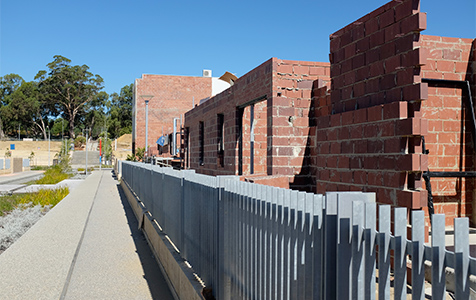 The Housing Industry Forecasting Group’s latest report has predicted new home builds will hit 27,000 in the current financial year, before contracting slightly in 2014-15 to 25,000.

On the land side of the ledger, the report showed a need for 21,000 vacant lots in the current financial year.

Interim March quarter figures from the Urban Development Institute of Australia showed there were 2,635 lots sold over the period, with a total value of $692.3 million.

The average price of lots sold in the quarter was just more than $262,000, with the average size coming in at 420 square metres.

He said developers were pre-selling future supply to meet demand.

“The need for greater acknowledgement in the community that the traditional model of having serviced and titled lots readily available to meet immediate inquiry and demand has shifted over time to a more ‘just in time model’, where pre-selling has become a feature of today’s market,” Mr Darby said.

“This is particularly the case where there is a strong upturn in demand.”

He said the upturn in new home building activity was starting to flow through the housing system, with rental vacancy rates on the rise and Perth rents falling.