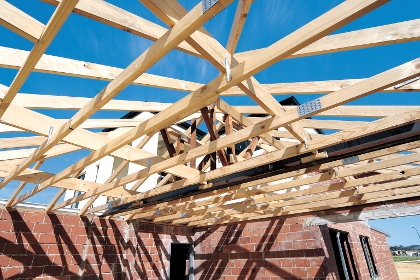 The housing industry is reeling after national homebuilding starts dropped below global financial crisis levels, falling 12.6 per cent in the March quarter.

Data released by the Australian Bureau of Statistics today showed a fall of 4.8 per cent in dwelling commencements in Western Australia over the quarter.

The result highlights the urgency of investment and reform to boost the new housing sector, the Housing Industry Association said.

HIA chief economist Harley Dale said dwelling commencements had been declining since the middle of 2010.

“Excluding the new home building recession around the GST, this is the lowest level for dwelling commencements since the September quarter of 1996,” Dr Dale said.

“Furthermore, it is a weaker outcome than was evident at any time during the GFC.”

“The figures are a major setback for an industry that has now fallen to lows experienced during the global financial crisis,” Mr Jones said.

“This puts at risk the viability of many building and construction operations.”

Mr Jones said the glass was currently half-full for the housing sector, and urged the Reserve Bank of Australia to consider another cut to interest rates when they meet next month.

“If recent rate cuts fail to stimulate the industry the residential building industry is headed for a ‘perfect storm’,” he said.

“Today’s figures will increase industry nervousness, particularly in the lead up to the introduction of the carbon tax on July 1.”

Meanwhile, a survey of the construction and building industry found 88 per cent of respondents believed the carbon tax would hurt their business.

MBA chief executive Wilhelm Harnisch said the introduction of the tax could not have come at a worse time for the industry.

"Industry is trying to come to terms with a host of unknown factors," Mr Harnisch said.

"This includes how to deal with supply cost increases and how they can be recovered in new and existing building contracts."

Mr Harnisch also said uncertainty regarding the introduction of the impost was scaring first homebuyers out of the market.

"We are already getting loud and clear messages from the building industry, taht work in the pipeline is at very low levels and profit margins are low to non-existent," he said.

"Builders and contractors have no capacity to absorb any cost increases incurred as a consequence of the carbon tax."