Nedlands company Advanced Geomechanics is hoping to extend its reach into the global subsea engineering market following its directors’ decision to sell the business to Dutch multinational Fugro. 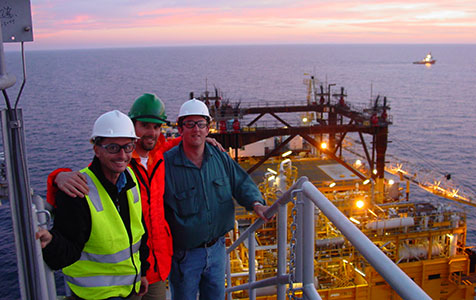 Nedlands company Advanced Geomechanics is hoping to extend its reach into the global subsea engineering market following its directors’ decision to sell the business to Dutch multinational Fugro.

Advanced Geomechanics is considered a market leader in the highly specialised field of geotechnical and geophysical engineering for the subsea oil and gas sector.

It has grown to have annual turnover of $30 million and 70 staff, mostly in Perth.

Fugro said the deal, announced this week, “will allow Advanced Geomechanics to further internationalise its business and to enhance its services to its Australian clients”.

AG said it would continue to be business as usual in the local market.

“This strategic move also presents immediate opportunities on which both AG and Fugro can capitalise, offering engagement with new and existing clients operating across the world,” it said.

AG was established in 1994 but had its origins in the challenging geotechnical issues that arose in the early days of the North West Shelf venture.

That led to the establishment of an engineering centre of excellence at the University of Western Australia and the formation of AG to develop commercial engineering applications.

The AG purchase, for an undisclosed sum, marks Fugro’s latest acquisition in WA.

It bought TSMarine Group in 2012 and purchased World Geoscience Corporation and Seismic Australia in 2000.

Its clients include Woodside, which has awarded Fugro a three-year rig positioning contract and a $100 million subsea installation contract for the Greater Western Flank project, and Chevron, which last year awarded a survey contract for its Gorgon project.