Toro investors left scratching their heads over whether the Wiluna uranium project is still a goer. 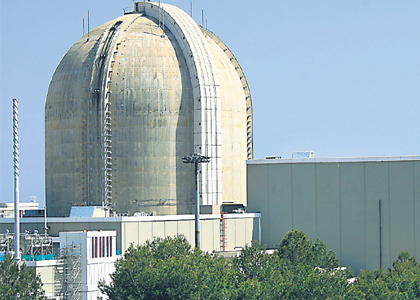 FEEDSTOCK: Nuclear power remains controversial but it can be argued the mining side of the equation is relatively benign.

Toro investors left scratching their heads over whether the Wiluna uranium project is still a goer.

TORO Energy has passed a big hurdle for its Wiluna uranium project, with the federal government’s approval granted this week.

Federal Environment Minister Tony Burke gave the mine the nod well after he was expected to do so, coming in about six months after the state gave the mine its final tick and a year after Western Australia’s Environmental Protection Authority backed the project.

While I have not had a chance to examine just how the state and federal conditions vary, you can bet it will not be by much. In other words, the usual duplication nonsense has held back a project that, in the eyes of its investors, remains viable.

I had to laugh when, on hearing about the federal approval, the Australian Conservation Foundation expressed doubt as to the prospects for the project, in part because it was behind schedule. After three and a half years of approvals processes, whose fault is that?

There is no denying uranium mining is controversial to many people, mainly because it is producing the feedstock for nuclear power. But the actual mining side of the equation is relatively benign compared to the application of processed uranium as a fuel and the treatment of waste that results.

Toro plans to mine the ore more than 10 kilometres from Wiluna, itself a remote regional community that could do with just about any form of economic leg-up it can find.

From the state’s point of view, uranium offers further diversification from our captivation with iron ore, gas and a bit of gold sprinkled in.

Ironically, it is a commodity that is shipped in very low volumes, allowing existing road and port infrastructure to be utilised. That, in itself, should be recognised as an environmentally positive bonus, not to mention the fact that nuclear power, for all its sins, does not emit C02.

Toro had its environmental plan ready in late 2011. Given the subject matter, you can expect this strategy was even more comprehensive than most mining companies’ environmental plans. Yet it still took 18 months to get it over the line.

The big danger in this process is the time taken for Mr Burke to do the same thing as the state government, which further erodes the market opportunity for Toro. There is no denying the uranium sector’s bubble has burst and the idea of mining it is much less attractive.

Miners need to be able to jump on the cycle, both in demand for a commodity and investor confidence in backing it, if they are going to succeed. Six months to a year of production at high prices can do a lot for the economics of a business.

Getting to market earlier can mean paying off the project, enabling investors to swallow lower prices later when it is just operational rather than having to meet capital costs. They can then shift their attention to funding the next possibility.

Delays mean the project takes a lot longer to break even and, at that vital moment of commitment, leave investors thinking there are better ways of making money.

That is the difference between good mining jurisdictions and bad ones.

It has been intriguing to hear that the Maritime Union of Australia’s WA branch wants to take control of the state’s Labor party.

Unions overall are relatively unrepresentative of the community, with less than 20 per cent of WA workers signed up. And the MUA is a small component of the union movement.

If I could concede anything to unions with regard to democracy, some of the major players do have large memberships in industries such as retail and cleaning, which have low wages.

While I would argue that even in those sectors’ unions focus on the lowest common denominator at the expense of those who have aspirations, at least those union leaders see real examples of the working poor.

That is something an MUA official won’t have encountered for a very long time.

Its members, often through militant tactics, have won wages and concessions that most of the community would struggle to believe and few businesses could profitably match.

Operating in heavily regulated environments in which competition is often lacking, the MUA’s members are mainly wharfies and seafarers. We have seen from the ports what just a few men can do when they want to hold the nation to ransom. The oil and gas industry has discovered to its cost a less public version of that.

The MUA might crow about union members getting paid better than the community but it ought to look at what has happened to the Australian maritime industry under its watch. It has all but disappeared.

You can argue until the cows come home about safety and other working conditions but, in the end, seafarers are like other people and they have to do the work for a fair return.

The oil and gas sector is a bit different. It has allowed itself to be held to ransom because its focus was on the huge profits that could be made over the longer term, rather than the up-front construction costs.

It has discovered, though, that labour in Australia is a serious cost and, worse, it might be paying more for longer if the MUA succeeds in shifting universal maritime safety conditions across the offshore oil and gas sector, which has operated under more bespoke rules that provide operational flexibility depending on the project itself.

If, as we suspect is the case, we have seen the last of the big gas projects announced for WA for some time, the industry best be prepared for unions involved in construction to attempt to squeeze every last dollar out of them - if they have not already - further confirming WA is no longer a friendly place for their business.

That brings me back to the MUA, and its reported desire to run the state’s Labor party.

How can a group so unrepresentative of the community as a whole and whose own interests have been so opposed to the positive and sustainable development of the state even imagine they have anything to offer the political process?

I guess we are only going to find out. I reckon it will be worth watching, too. 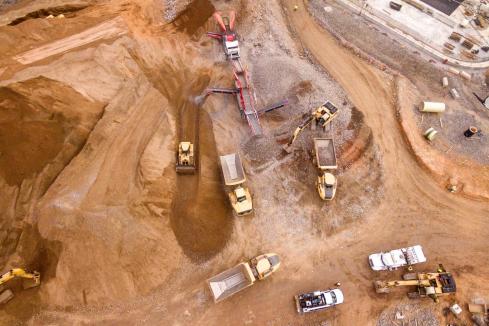