Ducks line up for outer harbour

OPINION: Value to the community is not always about maximising price 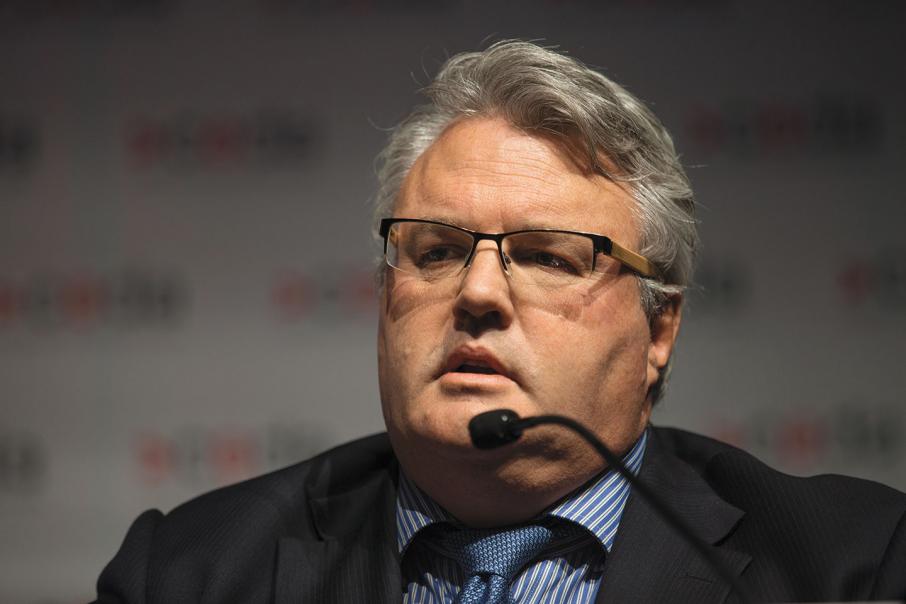 I was both heartened and frustrated at the launch of Westport this month, the new state government’s taskforce to plan the new outer harbour development in Cockburn Sound.

Heartened because not only did Transport, Planning and Lands Minister Rita Saffioti look the crowd in the eye at the Committee for Economic Development of Australia event and make it clear that the outer harbour was going ahead, she made that commitment while her boss, Premier Mark McGowan, was in the room.

So we have a very experienced political operator pushing this project, someone with a background in politics and the bureaucracy that provides a lot of the wherewithal to get this done.

With the exception of the environment, Ms Saffioti also has all the portfolios required to nail this harbour; and from what I understand most of that work has already been completed.

Seated alongside her at the cabinet table she also has experienced players such as Alannah MacTiernan, who might be able to give her a few tips on how to get a big transport infrastructure project done.

Ms Saffioti also has industry on her side and quite a bit of political capital to spend (something she could actually earn more of for Labor if she does it well). Her choice of Nicole Lockwood to head her taskforce was astute.

Furthermore, after playing a leading role in the fight to stop the Roe 8 Highway project, Ms Saffioti has the knowledge and backing of the local community, which is totally onside with the outer harbour project. She doesn’t have to sell the outer harbour idea to those living south of Fremantle, or those fretting about truck movements on Leach Highway, as well as up Stirling Highway through the northern coastal suburbs. Residents in those locales are more than aware that, while scrapping of Roe 8 limits the potential for Fremantle to efficiently meet the state’s future needs, it also means more trucks in their areas until an alternative port is built.

Finally, the timing’s right for this idea, as it offers a long-term economic imperative that could actually assist the state in dealing with some short-term problems.

For instance, the possibility of selling land at Fremantle for non-industrial use and at Kwinana for a port could raise much-needed funds to reduce the debt burden. Simultaneously, it could create two major job-creating projects – injecting life into one tired port town and making logistics more efficient for trade-related businesses.

It is hard not to get excited by this idea. For those of you who read my piece of six months ago businessnews.com.au/article/Kwinana-plan-a-land-bonanza relating infrastructure expert and InfraNomics director Cameron Edwards’ view on what a win this could be for our state if the government gets it right, you won’t need to be reminded this is a monster opportunity.

The devil is in the detail (or lack thereof), however, and this opens up the prospect of a long, painful and, ultimately failed outcome – hence the reason for my frustration.

Even Ms Saffioti could not avoid the Utopia joke around the name Westport, while every slide looked like something ABC series scriptwriters had put together.

The government’s proposal involves: a new body called Infrastructure Western Australia; a planning process of up to 24 months; an integral part to be played by several government departments; and stakeholder representation, which includes bodies that have flatly rejected the idea already, such as the Maritime Union of Australia.

For someone staking her reputation on the outcome, why would Ms Saffioti invite public opponents into the process? The MUA has nothing positive to add to this development – a shiny new efficient port is as scary as it gets to them.

Labor also has an odd relationship with landowners in Kwinana area. The interests of some leading property developers are clearly at odds with best commercial outcomes for the outer harbour and the need to maintain the industrial jewel of Kwinana.

At Fremantle we already have one “stranded asset”, as InfraNomics’ Mr Edwards puts it – I don’t think we need a second at Cockburn Sound, with industry hemmed in by suburbia.

And while Ms Saffioti might think the environmental planning is done, watch as conservationists and the Greens reverse their backing for the outer harbour now that the fight over Roe 8 is over and the next battle against progress begins.

And no matter how much there is to be gained in scaling down Fremantle to a tourism port, there is some potential for this process to simply shift one monopoly location to another. Value to the community is not always about maximising price.