There have been few bright spots in M&A deals this year in what some are calling a 'cautiously willing' market. 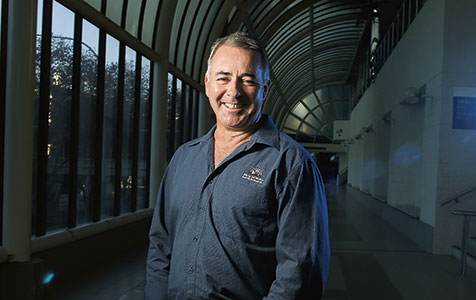 EXPANSION: Broadsword Marine founder Grant Farris says he sold to Skilled Group because he could no longer grow the business on his own. Photo Bohdan Warchomij

There have been few bright spots in M&A deals this year in what some are calling a 'cautiously willing' market.

When Darwin-based oil and gas services business Broadsword Marine struck a $76 million deal to sell its business to Melbourne's Skilled Group last month, much of the action was in Perth.

While Broadsword has about half its business in Western Australia and its founder Grant Farris hails from Esperance, the Perth connection for the deal revolved more around the engagement of Ernst & Young's Oceania mergers and acquisitions team led by Peter Magill.

Such an outcome reveals the strength of Perth as a centre for deal making in the resources sector; however even with fellow maritime group Geraldton business Bhagwan Marine acquiring Darwin-based Workboats Northern Australia for an undisclosed sum in the same week, it was a relatively rare bit of good news for the advisory sector here.

The June quarter continued the slowdown in work across the board with just $2.58 billion in announced M&A deals linked to WA and $645.8 million in equity capital market deals. The total, $3.23 billion, is the lowest for any quarter this financial year and compares to the first quarter's $14.13 billion.

Advisers who spoke to Business News admitted it had been a miserable year that had ended worse than it started. Most said there was a 'cautious willingness' in the market for M&A, with many claiming to hold record amounts of mandates, but ECM was considered dead.

Some said private equity had been more active than most in the deals space.

A few pointed to debt markets' strength this year, but others highlighted that the US bond market had become depressed as far as the resources sector was concerned and was really only available to the bigger end of mid-cap stocks – an ever shrinking pool as equity values falls.

The good news around Broadsword doing deals out of Perth contrasts with Peet, which sat at or near the top of both M&A and ECM tables this quarter. The property group used advisory and additional services in Sydney – an occurrence likely to rise as corporate finance action shifts from resources, where Perth has the expertise, to other sectors dominated by the east coast.

Macquarie Capital executive director Michael Ashforth said the resources sector had challenges across the board, notwithstanding the fact that in the longer term there was a strong base case for almost every commodity.

He said a key component of a successful deal-making environment was a prevailing view that prices were going to rise.

"You can draw a parallel with residential housing," Mr Ashforth told Business News.

"Prices are hot when people want to be in a suburb and feel they might miss out."

Azure Capital managing director Geoff Rasmussen said he felt the negative sentiment had been overdone but it was hard to get this message across in the current market, even with a falling Australian dollar aiding miners.

"Take iron ore; the price is quite good, they are printing money," he said.

"I think that is an example of a sector where sentiment and reality are not aligned."

Hartleys director Grey Egerton-Warburton said the negative market was holding people back but there were still company leaders still wanted to grow their businesses when the right opportunity arose.

"It is not a willing market at the moment, people tend to go a bit slow," he said.