With a number of WA’s biggest businesses relying on unmanned drones to reduce surveying and inspection costs, new schools are teaching drone pilots how to fly. 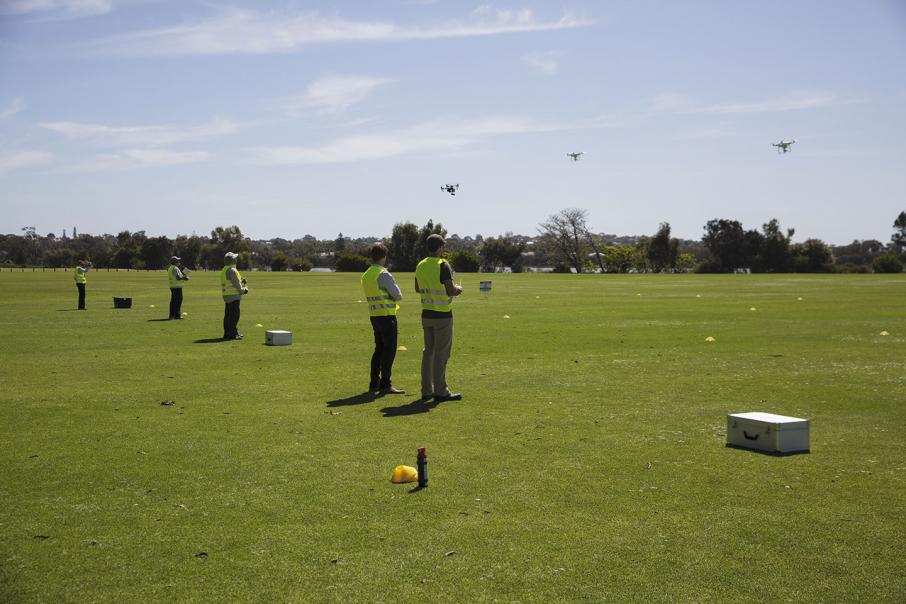 With a number of WA’s biggest businesses relying on unmanned drones to reduce surveying and inspection costs, new schools are teaching drone pilots how to fly.

The sharp uptake of remotely controlled drone technology is creating a niche industry in Western Australia, with new local businesses training pilots for a growing number of commercial licences.

Global Drone Solutions is the brainchild of Mahmood Hussein, a former turnaround specialist, who has set up his business and training school in Applecross.

Mr Hussein started his business in December 2015, with the process taking nearly eight months to receive all approvals and develop appropriate training modules.

Before that he had been chief executive officer of turbocharger manufacturer Turbotech and fencing products business Southern Wire.

Mr Hussein told Business News regulations controlling the flying of drones and for pilot qualifications had been gradually relaxed, including allowing licensed pilots to fly drones outside of their line of sight.

Costs have come down dramatically, aided by the mass production of technology for smart phones, which is transferrable to drones, while sensor quality is improving.

Argyle Diamonds, CITIC Pacific Mining, BHP Billiton, Fortescue Metals Group, Roy Hill Holdings and South32 are among those to obtain licences, as is the Department of Agriculture and Food.

Sixty-six of the 87 companies to have licences were issued with the paperwork during the past 12 months.

There are 781 licence holders nationally.

Mr Hussein said the biggest uptake of drone technology was in the agriculture, construction, and mining sectors, including offshore oil and gas, where shutdowns to inspect safety flares could be expensive and required significant inputs of time and labour.

Such a process can be done more safely and with lower costs if undertaken by remote drones.

Onshore in mining, drones fitted with infrared technology can be used to identify overheating ball bearings in conveyor belts.

There were many other, less industrial, uses for drones, Mr Hussein said, such as for wedding photography.

“The applications are only limited by our imagination; every day you’re seeing new applications introduced,” Mr Hussein said.

A new industry could grow to service the drones, he added.

“You can imagine these things flying around, they’re in helicopter space.”

The next step for Global is overseas, Mr Hussein said, with many countries having reasonably similar training requirements to Australia, including Canada, the UK and countries in Europe.

“Aircraft or the aviation industry is controlled by one global organisation called the International Civil Aviation Organisation,” he said.

“Everybody has agreed to these basic standard conditions.

“You can modify them slightly to adapt to your own market, but in the main they’ve got to be ICAO standard.

“My job now is to turn this into a global operation rather than a local operation.”