More than 10,000 heavy vehicles could be running on liquefied natural gas in Australia by 2020, according to global management consultancy firm Accenture, which is working to facilitate the uptake, especially at Western Australian mines. 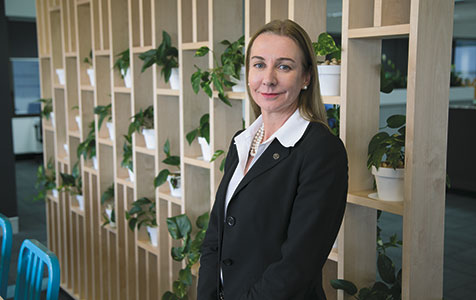 More than 10,000 heavy vehicles could be running on liquefied natural gas in Australia by 2020, according to global management consultancy firm Accenture, which is working to facilitate the uptake, especially at Western Australian mines.

Accenture believes Australia’s fleet of about 250 vehicles using LNG could increase dramatically as transport companies and miners look to save costs by switching from diesel.

Accenture Australia LNG lead Bernadette Cullinane said the firm was working with its clients, manufacturers and gas suppliers to facilitate the last pieces of the puzzle needed to increase LNG use in the transport industry in Australia.

WA has big supplies of natural gas and the ability to distribute it (through existing pipelines) but Accenture is urging development of other assets such LNG micro plants, storage and refuelling stations and retrofitted vehicles.

“We think that LNG for transport is a transformational opportunity for companies, in particular companies that have access and proximity to the abundance of natural gas that we have here in WA,” Mrs Cullinane said.

LNG is distinct from liquefied petroleum gas (LPG), which has been used for decades, often in taxis and is propane gas refined from crude oil, which Australia mostly imports.

LNG is derived from natural gas, or methane, which is produced locally. It is stored as a cryogenic liquid and ‘re-gasified’ on board LNG-fuelled vehicles.

Mrs Cullinane said Accenture was leading the charge for LNG-fuelled transport with economic analysis identifying strategic partners and collating information for WA companies, which were considering the economics of switching fuels.

“Approximately 60 per cent of the diesel that’s used on (WA) mine sites is imported,” Mrs Cullinane said.

“As a result of that they’re looking to reduce cost, reduce greenhouse gas emissions and also perhaps get a better security of supply.

“So, with all those factors, they all point to the use of LNG because it is available domestically and abundantly, it is cheaper on an energy value basis, about 30 to 40 per cent cheaper, and it also generates 20 to 30 per cent fewer greenhouse gas emissions.”

Wesfarmers’ Evol LNG has a micro LNG plant in Kwinana producing 175 tonnes per day. Over the past decade it has built a network of five WA refuelling stations, in Welshpool, Geraldton, Kalgoorlie, Mount Magnet and Newman.

It is also planning two more in Carnarvon and Bunbury and one in Victoria to add to its four stations in that state.

While Evol LNG has embraced LNG as a transport fuel, energy giant Shell recently shelved plans to build eight LNG refuelling stations along the Hume Highway, between Melbourne and Sydney.

In February Shell put the project, which had been in the design phase, on hold but provided no reason.

LNG is not the only alternative fuel to diesel, with compressed natural gas (CNG) also gaining prominence.

Mrs Cullinane said LNG was the next step from CNG, which was simpler to use because it did not require LNG’s liquefaction and storage equipment, but required larger tanks.

“There’s not one size fits all. Several companies in the last two years have done new commercial activities around CNG,” Mrs Cullinane said.

“We view that as the first step.”

Mr Dixon said ATCO had already installed a number of gas-powered air-conditioning units at companies in Perth that had incorporated the technology, often to avoid upgrading electricity networks.

“We’re out there trying to offer solutions to businesses that have these power constraints,” Mr Dixon said.

“Essentially, we believe it’s the future of air-conditioning.”

Like LNG vehicles, the upfront cost for gas-run air-conditioners is more expensive, although both LNG retrofitted vehicles and air-conditioners have a payback period of less than five years.

Accenture believes the current cost of $50,000 to retrofit a heavy vehicle to run on LNG will come down as the industry expands.

“In the US where uptake is more experienced, the premium has reduced to $20,000, which can be paid out in less than one year,” it said.