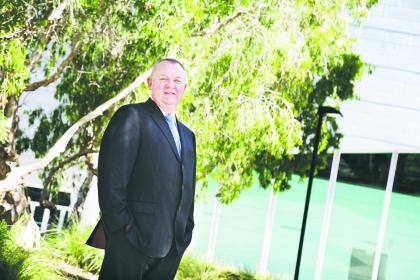 Mr Dowling will take over from current chairman Steve Lowe, who has opted to step aside and remain as a non-executive director.

Mr Lowe acts as business manager for Mark Creasy – who is Sirius’ largest shareholder and joint venture partner on its Nova project – which prompted Mr Lowe to step down from the chairman role.

Mr Dowling spent 40 years at Ernst and Young. Since retiring from EY, he has been appointed a director of Atlas Iron and chairman of the Metropolitan Redevelopment Authority.

Shares in Sirius Resources were placed in a trading halt today before the company announced a significant new discovery near its Nova nickel discovery.

An ASX announcement stated the explorer had uncovered a new thick zone of sulphide mineralisation, which it has named Bollinger, about 200 metres east of the Nova deposit. So far 125 metres of mineralisation has been uncovered in one drill hole, but the company stressed the hole was still in mineralisation - indicating the deposit could run deeper.

"Although laboratory assays will not be available for some time, the mineralisation is visibly similar to that at Nova," the statement reads.

Discovery of the Nova deposit in June last year sent the company's shares skyrocketing - its share price has since increased by more than $2 each and were valued at $2.06 when placed in a trading halt this morning.

The Nova deposit has been described as potentially one of the best nickel discoveries in Western Australia's history.

The company says it’s completed all the drilling for a maiden JORC resource, which it expects to be able to announce by the end of March.