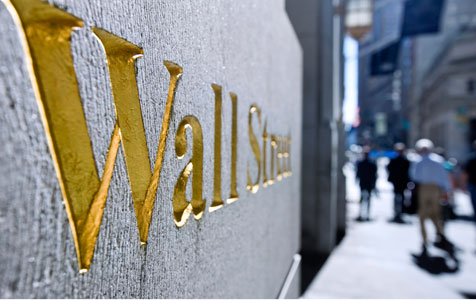 US stocks have soared to all-time closing highs after the Federal Reserve left its huge monetary stimulus in place.

The Fed surprised markets by deciding against dialling back its $US85 billion ($A91.33 billion) per-month bond-buying program.

Many market-watchers had expected the Fed to trim the program by $US10-$US15 billion per month.

Instead, the Fed cut its economic growth forecast for this year and next and expressed concern that the recent sharp rise in interest rates has already slowed the economy.

"The committee sees the downside risks to the outlook for the economy and the labour market as having diminished, on net, since last fall," it said at the end of a two-day monetary policy meeting.

"But the tightening of financial conditions observed in recent months, if sustained, could slow the pace of improvement in the economy and labour market."

Besides vaulting stocks higher, the Fed news sent the dollar lower against other major currencies and pushed US Treasury bond yields lower.

"The market is celebrating the fact that the Fed is sticking to data dependency and that real yields are coming down," said Art Hogan, head of product strategy at Lazard Capital Markets.
AFP evt