OPINION: As promising as it sounds, the prospect of non-stop flights from Perth to London might not be the success some people seem to believe. 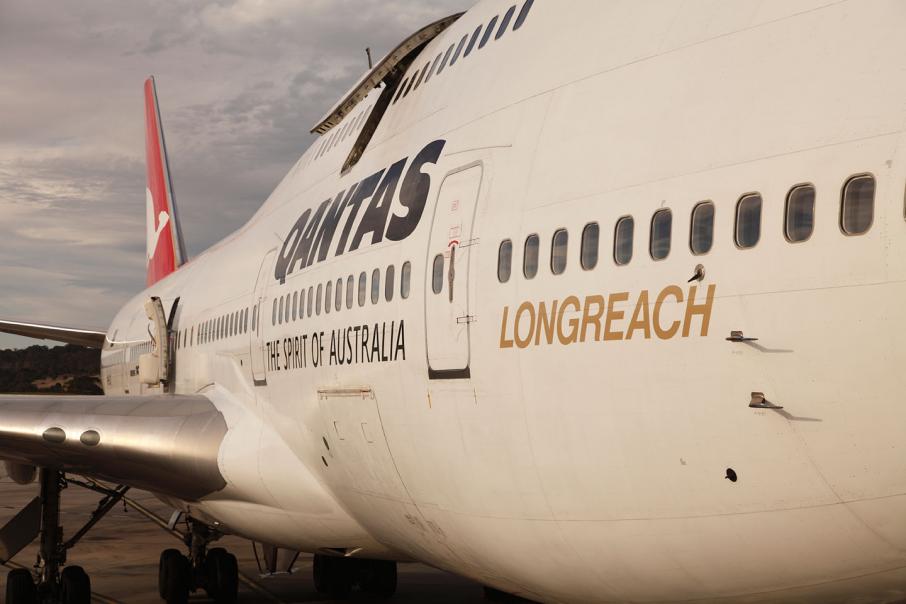 Qantas will include a Perth-to-London direct flight among its many routes in 2018.

OPINION: As promising as it sounds, the prospect of non-stop flights from Perth to London might not be the success some people seem to believe.

The most obvious problem is that the chief supporters of the plan by Qantas to start the new service in 2018 are business and government leaders, who will no doubt be travelling in the comfort of business class seats, or first class if it is offered.

For economy passengers, the prospect of 17 hours in a small seat is daunting, and many prospective customers will opt for a mid-trip break in Singapore, Dubai, or another city in the Middle East.

But the issue of comfort is not the biggest challenge for a service that can only be described at this stage as an admirable experiment.

Other hurdles to be overcome include:

• the non-stop argument for people heading to Australia only applies to people who have Perth as their final destination, whereas most travelers to this country are heading for Sydney, Melbourne or the Gold Coast;

• for anyone with an eastern states destination, arriving in Perth is no different to arriving in Singapore – there is still a long flight across the country; and

Proof of the claim that a Perth-to-London direct flight will be a success can only come after the service is launched; and that will take time, which introduces three other factors to consider.

• Airlines are always trying something new. It wasn’t that long ago that Qantas operated a non-stop Perth-to-Tokyo service. It was withdrawn, presumably because passenger numbers did not live up to early projections.

• New aircraft, such as the long-haul Boeing 787 have made Perth to London an option, but how long will it be before a London-to-Sydney flight becomes commercially viable?

• An experimental non-stop flight from London to Sydney was made as far back as 1989 in a Boeing 747. Despite being classified as a commercial flight, the aircraft only carried 23 passengers on its 20-hour journey.

Aircraft technology has come a long way since 1989, as plans for Perth-to-London flights demonstrate, with the question left open as to how long it will take to add another three hours to the capability of a Boeing 787, or similar aircraft, to connect the Australian east coast with Europe.

It would be a brave observer to to forecast that the non-stop Perth-to-London service just announced by Qantas might have a short life, but that’s the way some people see it despite the excitement generated by recent promotional stories in the media.

Each party to the service, Qantas, Perth Airport and the state government has their reasons for pushing the concept.

Qantas can sense a commercial opportunity, and the best of luck to the airline. Trying something new, and potentially profitable, is what every business must do.

Perth Airport has joined the party because it might mean extra flights, and that means extra revenue.

The state government, a late comer to the party, can sense positive publicity by associating itself with a heavily promoted service; and it needs to be seen as a supporter of a project that might promote Western Australia, especially in the months before the March state election.

Of all the participants in the non-stop flight promotion, Qantas is the one with the greatest need to win support from WA travellers because of the way it handed most of its international services originating here to its code-share partner, Emirates.

That deal with Emirates did wonders for the sales of other airlines flying out of Perth, especially the other Middle Eastern carriers and Asian airlines such as Cathay and Singapore.

Clawing back some of that business from rivals is part of what encouraged Qantas to plan the London-to-Perth service, which is a good thing for WA.

Whether the service succeeds will depend on multiple factors, and while there is considerable appeal in minimising airport time there are significant problems to overcome and assumptions to be challenged.

The first assumption is that WA’s tourism appeal has as much to offer as the east coast tourism centres.

The second is a belief that, if you build it, customers will come.

On the first assumption – tourism appeal – it is only people in WA who haven’t seen much of the world who actually believe this state has more to offer than other destinations.

As for the build-it-and-they-will-come belief – that’s the sort of thing that makes for a good movie. It’s not the way business works.

The plan to start non-stop flights from Perth to London is what Sir Humphrey Appleby, the super-dry senior civil servant in the Yes Minister television series would have called ‘courageous’ – and there was no more damning word in his vocabulary than that.

The numbers that have been released are not compelling.

When premier Colin Barnett announced the state government had agreed to spend $14 million upgradng airport infrastructure - on top of unspecified spending by Perth Airport and Qantas - he predicted this "game-changing deal" had the potential to inject more than $36 million a year into the local economy.

The footer for his own press release showed the benefits might be a lot less.

“Economic analysis by Tourism WA has found potential visitor expenditure from the new service would be between $9 million and $36.4 million a year,” it stated.

Spending $14 million of taxpayers’ money to get $9 million of benefit doesn’t sound all that compelling to me.