A Chinese herd rebuild is negative for meat pricing, but has it happened? 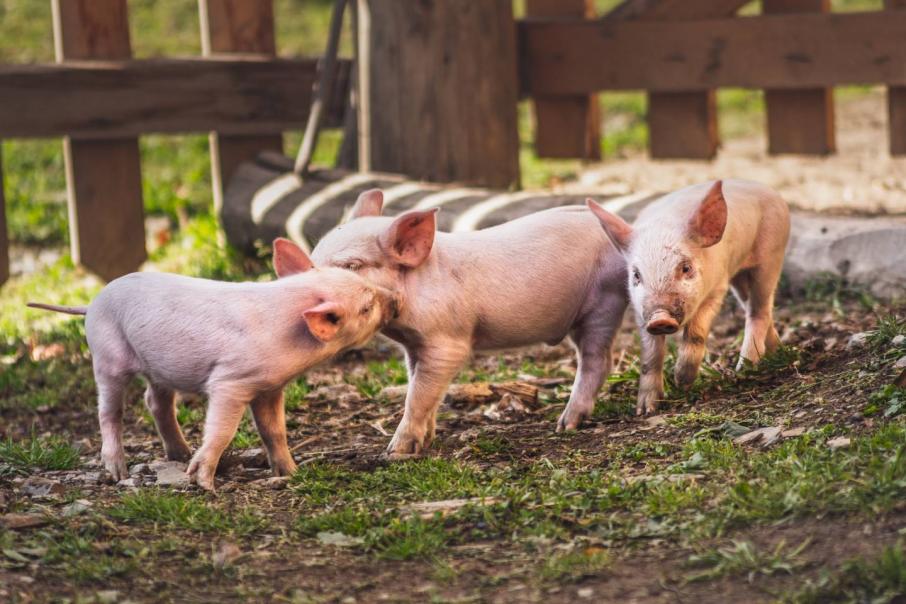 A Chinese herd rebuild is negative for meat pricing, but has it happened? Photo: Marek Piwnicki, Unsplashed

One of the biggest drivers of meat pricing in China during the past couple of years has been the impact of African Swine Fever (ASF), which caused the loss of a large proportion of all pigs across the nation.

The protein gap caused by the loss was about 25 million tonnes during 2020.

To fill the gap, the Chinese had to import proteins of various kinds in increasing volumes, from sheepmeat to chicken.

However, the reality is that there is only a finite volume of meat available for export worldwide, and a gap of 17 million tonnes between supply and demand.

The deficit of protein due to ASF in China and elsewhere has had a knock-on effect on meat values worldwide as China gobbles up supplies.

But what goes up must come down. Demand from China has caused a substantial increase in pricing levels due to a lack of local supply.

Therefore, the Chinese swine herd is vital to Australia producers, as demand for imported protein will drop when it corrects.

According to Chinese government data, the national pig herd is making a sustained and fast recovery, athough various estimates have been released.

Still, based on the datasets, the outlook is for a swineherd that has been rebuilt to more than 80 per cent of pre-ASF levels, with a likelihood of a full rebuild during 2021.

We expect the rebuild will take a little longer, and edge closer to current government levels towards the end of 2021.

There are four reasons to believe the Chinese government is being optimistic.

However, the reality is that imports of meat have remained at very high levels.

In fact, the most recent data (December 2020) shows the second highest import level for all meats.

High import volumes do not point towards a significant increase in pork rebuild to close to pre-ASF levels.

If the supply of pork was up, then imports of such volume would not be necessary. When imports start declining rapidly, that will point towards an effective rebuild.

The price of a commodity is an easy indicator of all the elements of supply and demand.

As in our markets, supply and demand economics is primarily king. If a price is high, then supply is not keeping up with demand, while low prices are indicative of supply exceeding demand. 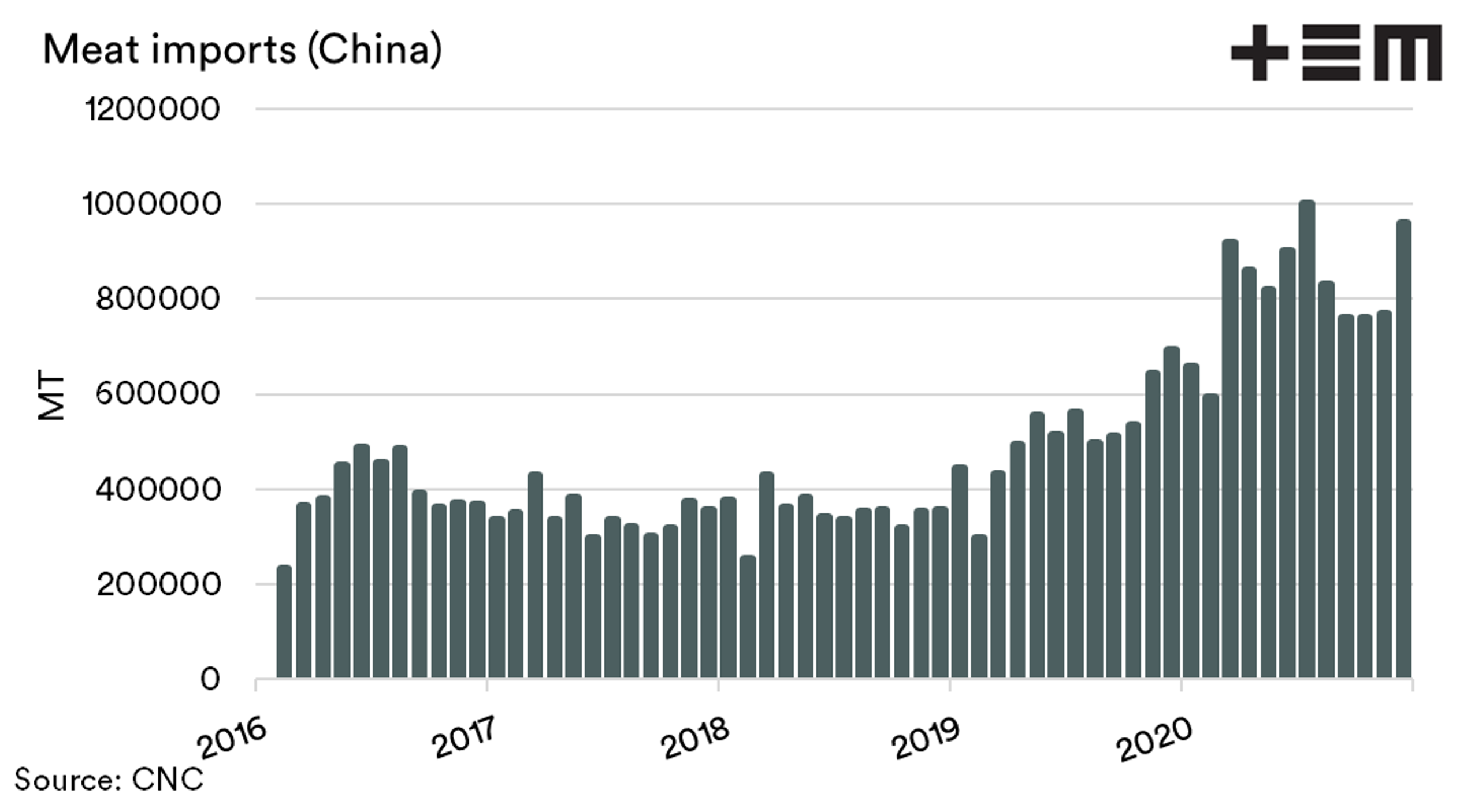 The price of pork in China has declined in recent weeks, but this may in part be due to the release of frozen pork from state reserves ahead of the Chinese new year.

At present, however, pork prices are 140 per cent higher than the same week during 2019. Some analysts may believe the higher prices result from higher demand, which was growing before ASF.

It is far more likely that the higher values are as a result of supply not meeting demand. Considerable and consistent drops in pork prices are a harbinger of an effective herd rebuild.

In a notice posted on the Ministry of Agriculture website last September, the Chinese government highlighted issues around gathering statistics on animals, including: lack of responsibility by statisticians; data confusion; unstable teams; lack of attention to detail; delayed collection; and low budgets.

Those issues don’t bode well for accurate datasets. Why should we treat the data as infallible, especially when other indicators, such as imports and prices, point to a low supply environment?

There is more to the herd rebuild than just the number of pigs available. Quality is also an element to be taken into account.

Genetics have taken a hit due to the large cull, which has resulted in smaller litter sizes and less productive pigs.

In recent weeks, the weight of pigs slaughtered has declined from lower production and farmers selling early, at much lower levels.

While ASF is a major continuing issue, other diseases are rearing their heads, such as foot and mouth disease.

While some may take the data from the Chinese government as gospel, we do not. Through analysing various datasets, there are signs that not all is as it seems with Chinese data.

It is a given that the herd will eventually be rebuilt. However, the speed of rebuild, based on Chinese data, is optimistic.

While the swineherd remains constrained in China, it is a positive for our meat pricing.