Woodside Petroleum’s impending move to its new offices has provided an unexpected visibility and branding boost, with the oil and gas company’s logo appearing on two prominent Perth CBD skyscrapers. 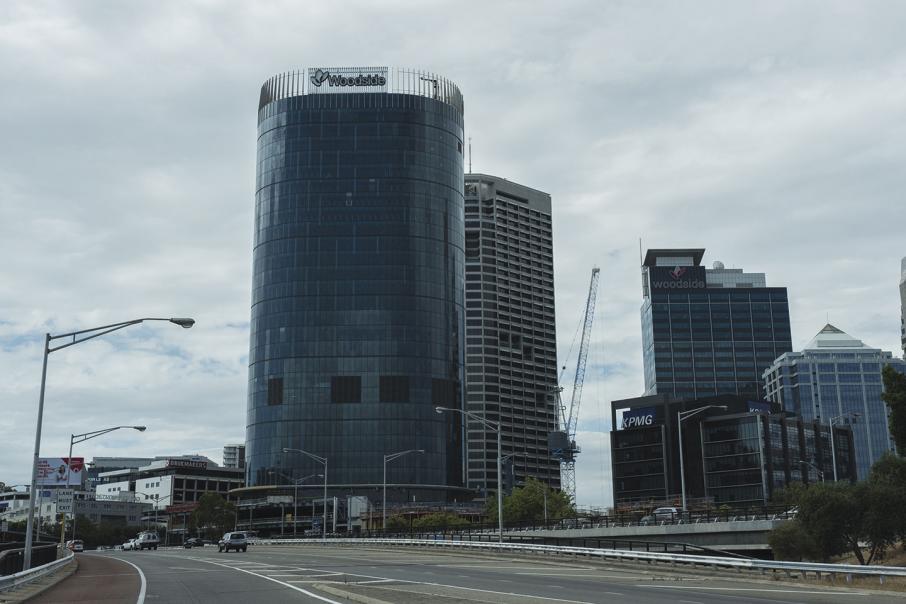 Woodside Petroleum appears to be the dominant company in Perth, with its logo on two of the city’s skyscrapers. Photo: Attila Csaszar

Woodside Petroleum’s impending move to its new offices has provided an unexpected visibility and branding boost, with the oil and gas company’s logo appearing on two prominent Perth CBD skyscrapers.

While its new headquarters at the AAIG-developed Capital Square is not expected to be complete before the end of the year, the Woodside logo has already been installed atop the building.

The oil and gas giant’s mark remains on Woodside Plaza, and will remain there until its lease expires in early 2018.

It is not the first time an office move in Perth has resulted in a company logo featuring on two buildings at the same time.

The Bankwest logo remained on the office tower at 108 St Georges Terrace after the bank shifted to its current headquarters at Raine Square in 2012.

BHP Billiton spinoff South 32 has since claimed signage rights at 108 St Georges Terrace, while Rio Tinto installed its logo on the highest vantage point in Perth’s CBD, Central Park, in 2015.

However, the most prominent sign in the city belongs to BHP Billiton, with its sign at the top of Brookfield Place a dominant feature of Perth’s skyline.

JLL Western Australia managing director John Williams said it was likely no accident that the Woodside sign was installed so far ahead of the company’s move, with signage rights an increasingly important part of any major firm’s business development strategy.

“I think there is a real value in it,” Mr Williams told Business News.

“We’ve just put a sign up on the largest building in Adelaide, we would do it here but Rio Tinto has signage rights on our building.

Mr Williams said WA’s sixth biggest law firm Lavan Legal’s new sign on The Quadrant at 1 William Street was another example of how having a name up in lights can alter the public’s awareness of a company.

“Lavan Legal is a classic example of a mid-sized legal firm that immediately has increased the market’s perception of its size and importance because it is the only legal firm with a sign up,” he said.