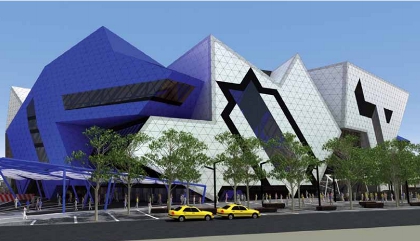 The state government’s 20 largest capital projects are collectively expected to cost more than double their original estimates, but contrary to popular perception, the construction phase is not the big problem, a report released today has found.

In a report tabled in Parliament today, Auditor General Colin Murphy said the state’s 20 largest projects would  cost $6.2 billion, which was $3.3 billion more than their initial projection.

The report concluded that governments have frequently jumped the gun by announcing budgets before projects had been thoroughly evaluated, resulting in higher costs and delays.

The report reveals 90 per cent of the overall cost variance in projects occurred during the evaluation phase, suggesting initial budget estimates were premature.

“Parliament and the community need to know that the state’s resources are well managed and that they are getting the best value for their dollar,” Mr Murphy said.

“Fixing projects gets harder as they progress and, as a number of projects in the report show, the impact of departing from good process at the start stays with them.”

Topping the list with a $1.2 billion increase in costs and a three year delay from its original approved completion date is the Fiona Stanley hospital, set to be completed in December 2013.

The report slams the government as “neither efficient nor effective” in its handling of the planning phase of the hospital, stating that the original budget estimates “were not based on a good understanding of what this major project would involve.”

The deferred opening date for $548 million Perth Arena, which is running two and a half years behind schedule and more than $380 million over its original estimate, reflects the “inadequate understanding” of the project requirements in its early stages, the report said.

The Auditor General’s analysis reveals 15 of the 20 projects examined face delays, with projects deferred by an average of 16 months.

The Midland Health Campus is set to be more than five years overdue by its estimated completion date of November 2015.

Mr Murphy called on the government to provide the general public with greater transparency on the progress of major works.

“Currently, Parliament and the community must search various different information sources and even then may only get a limited understanding of progress against cost and time targets,” Mr Murphy said.

“Agencies must ensure that they can provide clear accountability for how they spend taxpayers’ money.”

The report recommends that the government consider options to provide “regular and enhanced reporting” on the progress of major works and that budgets and timelines should only be established once projects had been properly evaluated.