A new supply deal struck this week by Western Australia’s largest buyer of domestic gas, Alcoa of Australia, has confirmed the availability of gas for customers prepared to pay the going price. 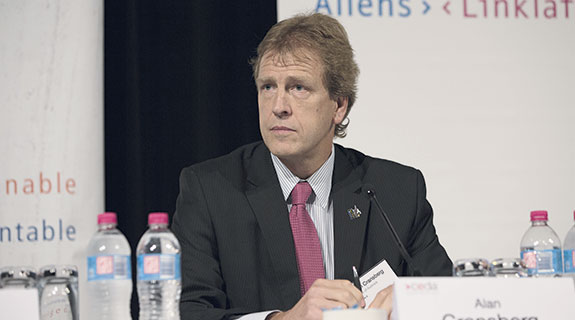 A new supply deal struck this week by Western Australia’s largest buyer of domestic gas, Alcoa of Australia, has confirmed the availability of gas for customers prepared to pay the going price.

The Alcoa agreement was a key part of the deal under which Macquarie Capital and Brookfield Asset Management will buy Apache Energy for $US2.1 billion ($A2.7 billion).

Subject to the purchase being completed, Alcoa plans to buy 120 terajoules of gas per day from Apache’s Varanus Island and Devil Creek gas plants, for a period of 12 years starting in 2020.

That follows another recent deal Alcoa struck with Santos, for the supply of about 50TJ per day, starting in 2018.

Alcoa said the new agreements, and other smaller contracts, meant it had secured about 75 per cent of its WA natural gas requirement, replacing long-term contracts due to expire at the end of the decade.

The contracts to expire are primarily with the Woodside-operated North West Shelf venture, which historically has supplied more than half of WA’s domestic gas.

Woodside and its partners have been non-committal about their plans beyond 2020, raising concern among domestic buyers about a lack of supply.

Alcoa will make large prepayments to secure the new supply – it will pay $US300 million on financial close of the Apache asset sale in 2015 and $US200 million in 2016.

Macquarie and Brookfield said the long-term contract with Alcoa would underpin their commitment of future capital to Apache’s gas assets.

He said the company would continue to pursue options to ensure 100 per cent of its WA energy requirements were met.

“While this contract alleviates most of our medium term need, we continue to be very concerned about the ability of businesses in Western Australia to secure long term, internationally competitive gas supplies,” Mr Cransberg said.

“The availability of domestic gas remains a key issue for the future prosperity of Western Australia.”

The supply of domestic gas will be boosted when Chevron’s Gorgon and Wheatstone projects start production, in 2015 and 2018 respectively.