Domgas drop could cause price spike

Despite falling oil prices, projections are showing that local consumers and industry could be paying much more for gas in 10 years’ time. 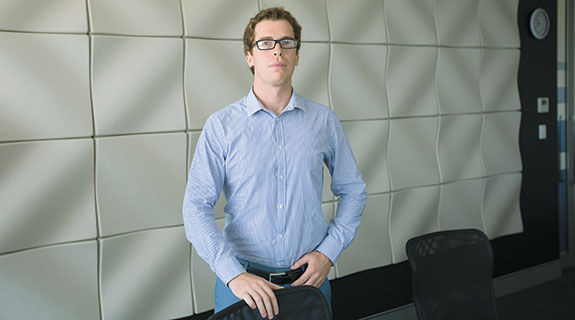 Despite falling oil prices, projections are showing that local consumers and industry could be paying much more for gas in 10 years’ time.

A supply shortage in the domestic gas market at the end of the decade could lead to a dramatic increase in prices for Western Australian consumers and industry. 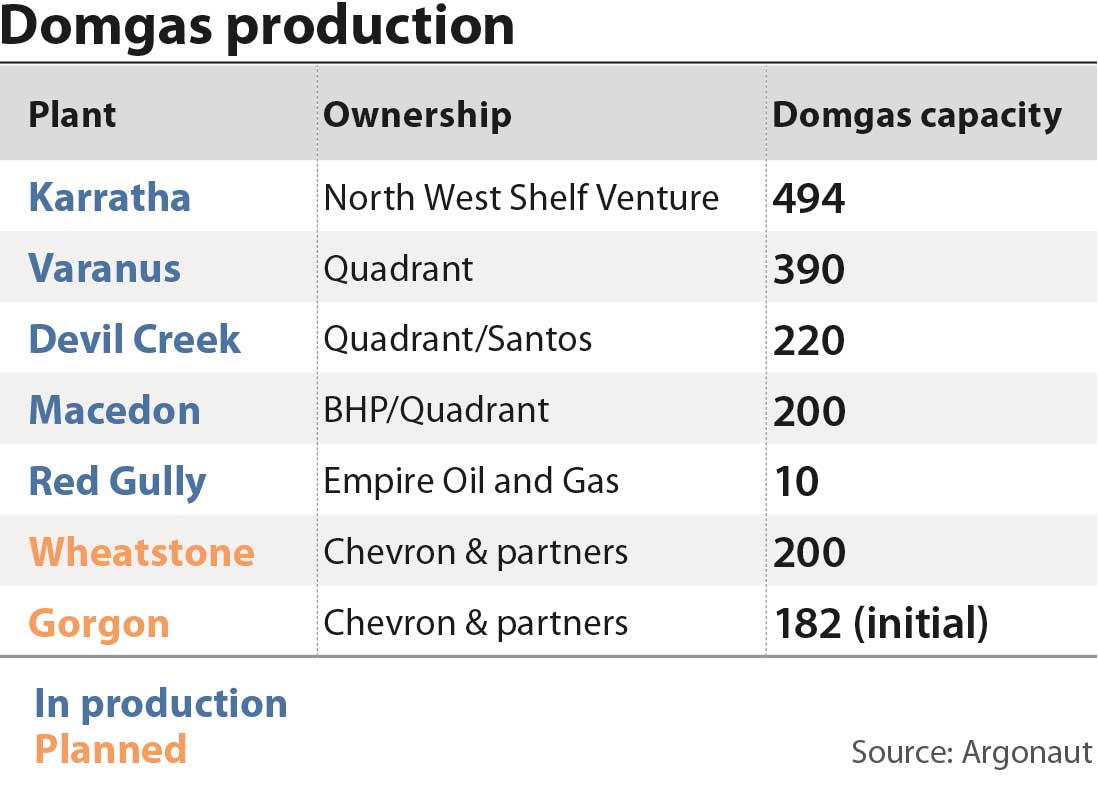 That’s equivalent to about 150 terajoules, roughly enough to power four combined cycle gas turbines, such as those at the Cockburn electricity plant.

“Gas coming on stream from Gorgon and Wheatstone is not going to be sufficient to replace the natural field decline from the currently producing fields, combined with the reduction in domgas we’d expect from North West Shelf as those contracts roll off,” Mr Kavonic told Business News.

The North West Shelf Venture usually provides about half the supply of domestic gas, Mr Kavonic said, with the remainder from other offshore sources.

“Over the past five-year period, exploration drilling activity has dropped starkly, it has more than halved,” he said.

“That was the case before the oil price drop; and now companies are only pulling back further as a result of the constraints on their cash.”

In terms of additional supply, Mr Kavonic said Perth Basin and Canning Basin were possibilities, although production in the Canning, which is in the Kimberley, would be very expensive.

The predicted shortfall could be caused by the state’s domestic gas reservation policy, if modelling from the Economic Regulation Authority in its 2014 Microeconomic Reform report is accurate.

Under the policy, LNG exporters such as the North West Shelf Venture are required allocate 15 per cent of their production to the local market.

Because the elasticity, or responsiveness to price, is very high (and the reservation policy serves to subdue the price), the combined effect may be a disincentive to domestic exploration.

“In the long run, domestic producers will respond to the lower return on gas production though their investment decisions,” the ERA said.

“Less profitable gas production will lead to a reduction in investment in the industry and, as a result, total supply will fall even further.

“What these mechanisms demonstrate is the potential for artificially low prices, and the reduced investment incentives that accompany them, to have long-term consequences on the productive capacity of the sector.

“Over time, as the experience in Western Australia demonstrates, this raises the risk that long-term domestic supply is in fact compromised by the DGR rather than assured by it.”

The size of any future price increases will depend largely on the cost of bringing new projects online, with prices potentially rising sharply from their current level, perhaps around 75 per cent.

With delays at CITIC Pacific Mining’s iron ore mine, demand for gas is currently weaker than had been projected, with prices about $4 per gigajoule mildly below the long-term trend.

That statement found an oversupply of up to 400tj/d was likely by 2025, with a near-term excess supply of 107tj/d for the next four years.

Average supply growth of 2.4 per cent per annum over the decade would lead to production of about 1,231tj/d in 2021.

At such a rate, production would far outstrip anticipated demand growth of 0.1 per cent a year, to about 1,064 tj/d.

But the IMO modelling forecasts a price rise, too, with a high-case scenario of more than $10/gj in 2025 and a base case of about $9.

That was driven by a recovery in oil prices, a weaker dollar and higher LNG netback prices.

Domgas Alliance executive director Matt Brown said the group, which represents major domestic gas users, was deeply concerned that the IMO report had been too optimistic about supply.

He said concerns had been eased for the period to 2020, yet there were big questions about where gas would be sourced from after that.

“If the shortages emerge post 2020, domestic users will be paying higher prices,” Mr Brown said, adding it would cause significant pain for domestic industry.

He said the alliance would be writing to the economics standing committee of state parliament to review how the IMO report had been compiled, while an additional move would be to adopt a tougher stance on retention leases.

“There have been significant discoveries of natural gas onshore in the Mid-West in 2014 and 2015 that are trying to find a way to market,” Mr Ellis said.

He advocated the removal of the domestic reservation policy.

“This would not only increase competition in the market, it would also promote economic development and jobs in the regions,” Mr Ellis told Business News.

“Removing the reservation policy would send a strong signal to investors that WA is open for business.

“Recent history shows that domestically focused producers were able to bring gas to market in response to rising domestic demand.”

There have been two pieces of good news, however, in the Perth Basin.

The first was from Empire Oil & Gas, which made a discovery at Red Gully North, within close proximity to its existing Red Gully processing plant.

It plans to production-test the well in autumn of this year.

The second was from partners AWE and Origin Energy, which signed off the final investment decision for stage 1A of the Waitsia field development.

For a cost of about $17.5 million, it is expected to produce first gas in August, pumping about 10tj/d for 2.5 years.

The companies said that, in time, that production level could increase 10-fold to 100tj/d, about 10 per cent of the domestic market.

Further north, Chevron’s Gorgon project is expected to begin supplying the domestic market later this year, while Wheatstone will be likely to start in 2018.

Network costs is another issue likely to effect the price for end users, with gas flowing through both the Dampier to Bunbury trunkline and the system of branches that supplies domestically to Geraldton, Perth and the South West.

The trunkline was privatised by the Court government and is now owned by Dampier Bunbury Pipeline (DBP), which is 80 per cent held by the listed Duet Group and 20 per cent by Alcoa.

The domestic operation is owned by Canadia-based ATCO.

For the Dampier to Bunbury line, prices, or ‘reference tariffs’ could fall around 9.5 per cent for the period from January 1 this year to the end of 2020, compared with the previous five years, according to a December draft ruling from the ERA.

The ruling is not yet finalised, however, with DBP given until February 22 to reply.

Revenue for the pipeline will be reduced by 24 per cent from DBP’s original proposal, with lower allowances for capital expenditure and operating costs.

The company’s capital base has been tightened, too, and overall its return will be 6 per cent, down from a proposed 8.4 per cent.

The DBP said that tariff rate would cover less than 15 per cent of full-haul contracts, and that it would continue to work with the ERA to improve the terms.

Atco is reportedly planning to challenge the existing 2014-2019 access arrangements for the pipeline network in Perth and surrounds, which reduces the company’s return from a proposed 8.5 per cent to 5.9 per cent. 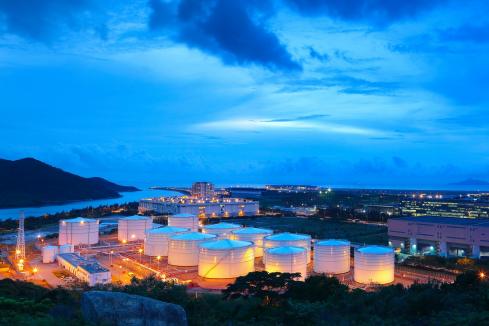 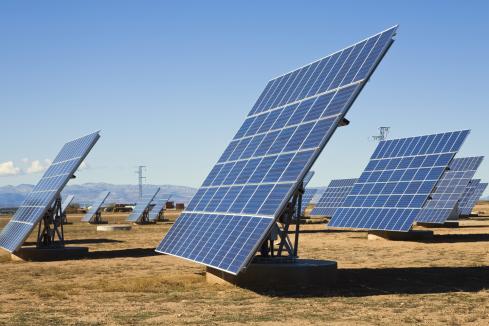