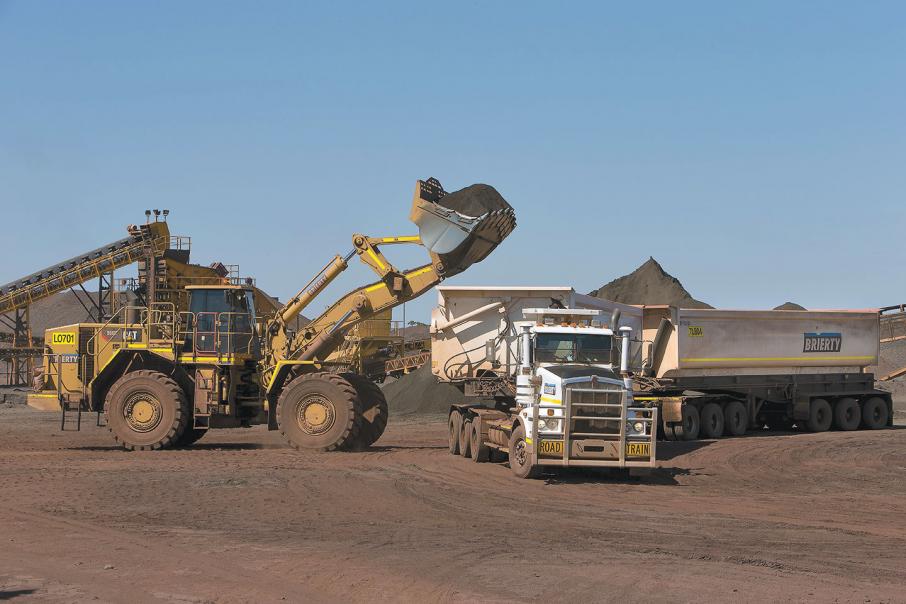 The strong export performance is yet to work its way through to the domestic side of the economy. Photo: Christian Sprogoe

THE 2016-17 financial year marked the start of a recovery for Western Australian merchandise exports, which were up 20 per cent to be worth nearly $121 billion in the year to June.

For comparison, the all-time record was $131 billion in the year to July 2014, after which there was a significant dip as resources prices cooled off.

The state’s exports were bolstered by a strong performance in June, with $10 billion shipped, an increase of 22.1 per cent on the same month in 2016, according to the Australian Bureau of Statistics.

It was the ninth consecutive month where trade data was up on the same month in 2016, showing that signs are positive after years of continuous contraction.

Sales to Japan were also stronger.

Nationally, Australia’s trade surplus narrowed from $2 billion in May to be $856 million in June, according to CommSec chief economist Craig James.

That was because of the higher dollar, Mr James said.

“Looking forward, it is likely that the trade surpluses should continue, (and) thus provide a lift in national income over the coming year,” he said.

“In fact Australia’s rolling annual trade surplus was the biggest in five years in June.

“However, the higher Australian dollar may limit the size of the boost in national income.”

“Interestingly, the big-picture story is about exports to China – hitting fresh record highs in the year to June,” he said.

“The Chinese economy is turning over nicely, with Chinese domestic consumption lifting.

“China buys a third of Australian exports and around a quarter of our imports come from China, so a healthy Chinese economy is very much in our interests.

“In addition, exports to India are up almost 55 per cent over the past year and holding at a five-year high.”

Retail data indicated growth in the domestic economy was not yet following the strong export showing.

The Australian Bureau of Statistics found retail sales were up 0.1 per cent in seasonally adjusted terms in the month of June, with quarterly growth 0.7 per cent.

Supermarket sales were 2.6 per cent lower month on month at $918 million, while cafe and restaurant sales were down 3.8 per cent ($287 million) and clothing and footwear sales fell 5.3 per cent to $157 million.

Other data show that new vehicle sales continue to be very poor.

According to the Federal Chamber of Automotive Industries, Western Australians bought 7.2 per cent fewer cars in the year to July 2017 compared with the corresponding period in 2016, with 55,800 sales.

Passenger vehicle sales continued to decline, with sales in the month of July down 21.7 per cent on the same month last year.

That was partly counteracted by continued strength in SUV sales, which were up 2.9 per cent to 3,253 in the month.

SUV sales are now 30 per cent higher in WA than passenger vehicle sales.

One notable positive was in the heavy vehicle market.

Sales in this category were up 7.8 per cent in the year to date compared with the corresponding period in 2016, indicating a potential pick up in the mining and industrial sectors.