Dollar to stay near parity: Koukoulas 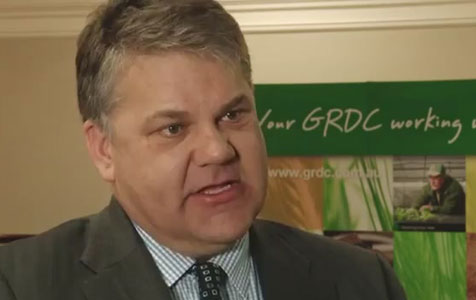 The Australian dollar will hover between US90 cents and $US1.10 over the next five years, leading economist Stephen Koukoulas told a Perth audience this morning.

Speaking at a Randstad 'shaping the world of work' event, Mr Koukoulas said due to the dynamic of exports to China, an efficient economy and Australia's triple A credit rating, the structure of the economy had changed to support a higher dollar.

"I think it's probably going to go up because the economy's doing ok, more importantly I think over the next five or so years I reckon the Aussie dollar's going to be more of a 90 to 1.10 range," Mr Koukoulas said.

"That 60 to 80 cent range that we saw previously has now become a 90 to 1.10 because the structure of the economy's changed."

His outlook contrasts with many other economists who anticipate the local dollar will slump below parity over coming years.

In a broad ranging speech Mr Koukoulas said that Australia's economy was more closely tied to Asia's than any political machinations in Canberra.

"While we're sort of thinking what's the government doing in Canberra with the carbon tax, the mining tax, what's happening to paid parental leave scheme, what are they doing with the budget and all these other things, that will account for nothing if the Chinese economy were to fall away sharply," he said.

"China in terms of our exports by destinations has gone from about five per cent in 2000 to about 27 percent. In fact when we get the 2013 numbers early in the new year, it will be above 30 per cent. China is really the driver of our economy right now."

However, Mr Koukoulas warned that Prime Minister Tony Abbot's cuts to the public service should not "over reach", as this would dampen confidence in the Australian economy.

"The new government has to be a little bit careful about not over-reaching in terms of the fiscal austerity that we might be seeing in the new year," he said.

"If Mr Abbott and his team over reach, they go too far in terms of their spending cuts then as we've seen in the austerity measures in parts of Europe and the US and parts of other countries, if you cut too much money out of the economy, you can actually undermine confidence in the economy."

Mr Koukoulas said the government sector represented roughly about 20 per cent of the economy, while the private sector accounted for the remaining 80 per cent.

"If you get 20 per cent of your economy cutting too far you're putting an awful lot of onus on the private sector to build houses, to invest money, to spend in retail sector, to do all these other export stuff to get your GDP still at roughly 3 per cent (growth).

"If the private sector isn't picking up the slack, if that were to be the scenario then (the Reserve Bank) will cut rates again."

Mr Koukoulas said the Reserve Bank may choose to increase interest rates though if the property boom in the eastern states continued.

He said while the mining slowdown had also lessened Western Australia's GDP growth, a slowdown might work in its favour if the GST was reformed.

"I've got no idea where that's going because that's such a thorny, thorny issue, but this is the curious thing, this is how it should work. If we do find that WA has a softer patch of economic growth than New South Wales and Victoria or Queensland for example then that GST distribution will not hurt WA as much.

"So WA could actually from this period of less buoyant growth benefit from the GST distribution because the other states are doing better."