The news from the iron ore and petroleum sectors may be disheartening for producers and investors alike, but another of Western Australia’s mineral exports is proving as resilient as stainless steel. 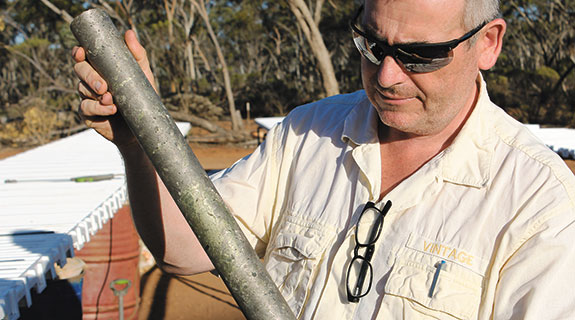 The news from the iron ore and petroleum sectors may be disheartening for producers and investors alike, but another of Western Australia’s mineral exports is proving as resilient as stainless steel.

It’s a tough market, but the good news for investors in Sirius and other potential developments has been that the mining slowdown means lower costs for capital expenditure and shorter lead times for projects that are going ahead.

Managing director Mark Bennett said that, in the case of Nova, Sirius had made almost $30 million in capital savings thanks to reduced cost pressures.

That included savings made from the greater availability of engineers for project design, and reduced labour costs for assemblage.

Nova was initially expected to cost $470 million, but is now likely to come in at around $440 million, a reduction of more than 5 per cent.

Mr Bennett predicted labour costs across the economy would continue to normalise as expectations readjusted.

He said the resources boom had led to bidding up of wages.

That led to labour costs becoming a key component of total costs, even in capital investment, a situation almost unique to Australia.

Wages would stabilise in the near term, Mr Bennett said, while productivity improvements and access to a higher quality workforce would drive the readjustment.

Generally, he said, low interest rates were also helpful for project developers, making it cheaper to source funding for capital investment, although this would not be uniform.

Parts of the Nova project are also ahead of schedule, including mining of the boxcut, which is being managed by Barminco.

Late last month, Sirius inked a three-year off-take agreement with BHP Billiton Nickel West for 50 per cent of its production.

Another player making waves is Poseidon Nickel, which is 19 per cent backed by Andrew Forrest.

Poseidon has recently pursued the purchase of the Black Swan nickel mine from Norilsk Nickel, with Black Swan’s concentrator a lower-cost option to process ore from Poseidon’s Mt Windarra project.

The company is expecting to start development of the Windarra mine towards mid-year, but will first need regulatory approval to treat and ship the ore.

Nickel, which is mostly used in production of stainless steel, is withstanding the pessimistic environment of the past year on the back of an Indonesian export ban and a falling exchange rate.

Mr Bennett said there was a level of resourcse nationalism in Indonesia, and the country had a desire to process and value-add to the commodity locally.

The export ban also aimed to stop unregulated mining operations, with the outcome being an increased revenue stream to the Indonesian government.

The falling value of the Australian dollar is also helping nickel producers. In $A terms, the nickel price is marginally up in the past year, while in US dollars it has slightly eased, hovering around $14,000 per tonne.

Mr Bennett said feasibility studies for the Nova project had been calculated on the basis of an exchange rate of 90 cents to one US dollar, effectively meaning the depreciation would add a handsome bonus to the company’s bottom line.

For a 10-year mine life, a 10 per cent relative change in the currency added around $450 million to the project’s net cash position, he said.