Do or die for party leaders

ANALYSIS: Colin Barnett and Mark McGowan face the biggest test of their long political careers over the next 12 days. Each knows that a loss in the March 11 state election will mean the end of their political career. 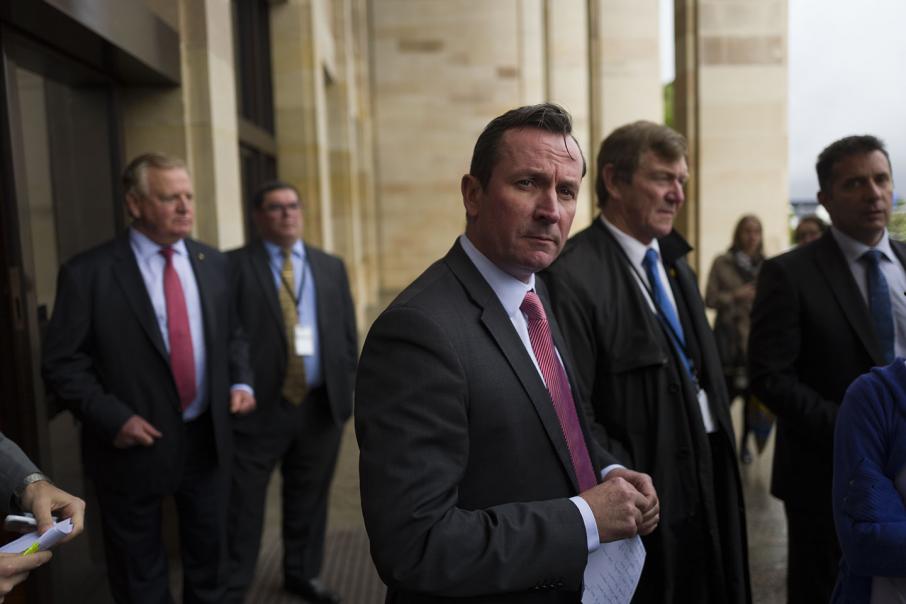 Mark McGowan says $1.2 billion of federal money earmarked for Roe 8 will be freed up for other infrastructure.

ANALYSIS: Colin Barnett and Mark McGowan face the biggest test of their long political careers over the next 12 days. Each knows that a loss in the March 11 state election will mean the end of their political career.

It is Mr Barnett’s fourth election campaign as party leader, with two wins under his belt. Not a bad record.

Mr McGowan is having his second attempt. He led Labor in 2013 when the odds were stacked against his party, mainly because Julia Gillard’s federal Labor government was well and truly on the nose in Western Australia, thanks to the ham-fisted introduction of the mining tax.

The challenge for both leaders, while acknowledging that the good economic times are over, is to promote credible policies. However, voters are being asked to accept much on faith, especially as money is tight and unemployment is unacceptably high.

In the case of a Liberal victory, 51 per cent of Western Power will be sold off, raising an estimated $11 billion. From that, $8 billion will go to retire debt, which is at record levels, and $3 billion will be invested in infrastructure.

If Labor wins, the Perth Freight Link extension through the Beeliar Wetlands will be abandoned. Labor says the $1.2 billion of federal money earmarked for the project will be freed up for other infrastructure, such as the Metronet suburban rail plan. But Canberra says that won’t happen, generating a stoush in which Mr McGowan boldly asserts he will be triumphant.

Labor still has to gain a total of 10 seats, requiring a uniform swing of 10 per cent, to win government. Every move by the leaders until polling day will be crucial – which seats they visit, how they pitch their messages.

To the winner will go the spoils. The loser will almost certainly relinquish party leadership and, if past experience is any guide, make an early exit from the political scene.

So for Mr Barnett and Mr McGowan, it’s do or die. The campaign is likely to get pretty willing.