THE diverse nationalities of foreign students in Perth has become one of the international education sector's major strengths in recent years, and a potential barrier to market downturn. 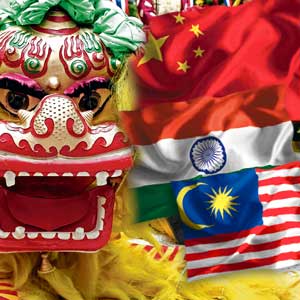 THE diverse nationalities of foreign students in Perth has become one of the international education sector's major strengths in recent years, and a potential barrier to market downturn.

While China remains Western Australia's number one market - as it has been for the past three years - growing student numbers from a range of other countries would likely soften any sudden drop-off in numbers from China and other large source markets.

About 20 years ago the Chinese government forbade its students from studying overseas in reaction to the uprising of democratic protestors in Tiananmen Square.

This caused many Australian teaching institutions, which were either solely focused or heavily reliant on the Chinese market, to close their doors.

Perth Education City executive director Mike Ryan recalls the effect the fallout from the Tiananmen Square protests had on business and said his organisation, which is responsible for the promotion of WA's $840 million international education sector, had worked very hard during the past five years to ensure there was a balance of international students in Perth.

"The advantage of that is students on campus are not studying with people from the same country," Mr Ryan told WA Business News.

"We don't want to just go and grab the first lot of students we find and attract students all from the same city or same country, as that leads to dissatisfaction with their study experience and, in the end, will act as a negative.

"Following the Tiananmen Square incident, many of them [schools] closed overnight, because it comes back to this issue of having diverse source markets.

"Diversity is key and we've got the mantle at the moment as the number one diverse city in all of Australia."

Mr Ryan said 53 per cent of all international students in Melbourne were from China and India, compared to 23 per cent in Perth.

Brisbane has 30 per cent sourced from China and India, Sydney is slightly higher at 40 per cent, while Adelaide comes in at 51 per cent.

International education providers around the country have been concerned that a recent spate of attacks on Indian students, which sparked protests in Melbourne and prompted the federal government to send a group of police and educational representatives to India to calm reports of widespread outrage across the sub-continent, will affect student numbers.

In light of this, Deputy Prime Minister and Education Minister Julia Gillard recently addressed parliament about the value of international students to the country's economy, ranked as Australia's third largest export earner with more then 554,000 international enrolments.

Mr Ryan said this was an important statement to come from the government.

"We invest money in South America, in Europe, in Africa, in the Indian Ocean islands and we do that specifically because we want to have a diverse range of students coming to our city," Mr Ryan said.

"The importance for us is not the fact that we are just growing, but that we are growing from a variety of source countries, that's really the cherry on top."

"WA has a relatively low share of international students enrolments from the key markets of China (4.7 per cent) and India (5.1 per cent)," Ms Constable said.

Despite recent incidents between China and Australia potentially fraying relations, including the failed investment by Chinalco into Rio Tinto, the subsequent Pilbara merger proposal by BHP and Rio Tinto and the detention of Stern Hu in Shanghai, Mr Ryan is confident education exports to the world's most populous country will continue to grow.