The difficulties facing Australia’s tertiary education sector as a result of the COVID-19 coronavirus demonstrate a great deal about the industry and how it is struggling to cope with change. 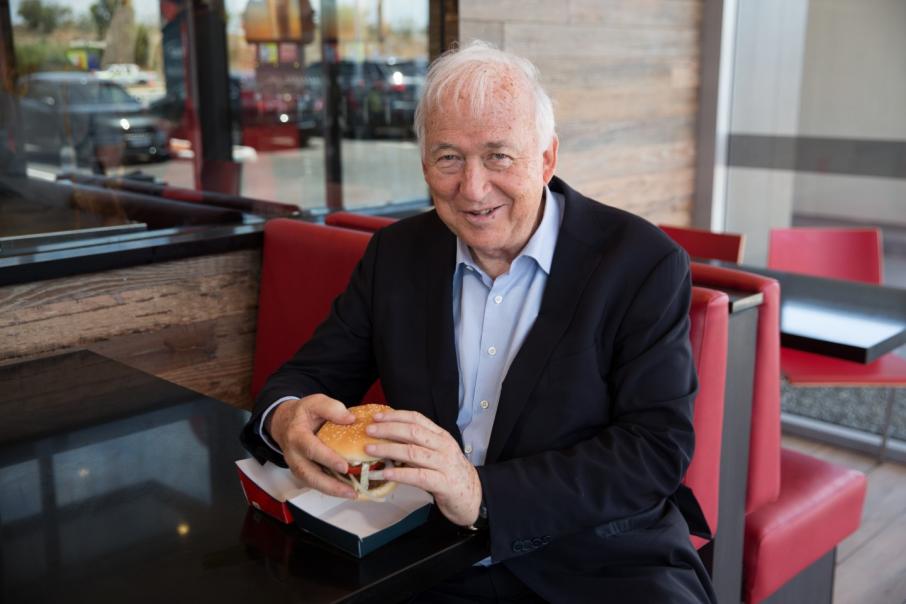 Jack Cowin has been chancellor at Western University since 2015. Photo: Attila Csaszar

Leadership and financial volatility seem to be a constant for the state’s universities.

The difficulties facing Australia’s tertiary education sector as a result of the COVID-19 coronavirus demonstrate a great deal about the industry and how it is struggling to cope with change.

Arguably Western Australia, with five universities, should provide a suitable petri dish to study this phenomenon.

However, the local sector is going through an unusual period of instability, with a new vice-chancellor at The University of Notre Dame Australia, the University of Western Australia in the midst of a handover, and the departure of Curtin University’s chief slated for later this year.

This instability is unhelpful when dealing with broad disruption to the sector, even more so than the short-term issue of a potential pandemic.

Of the local players, UWA’s case is the most intriguing because it is changing leaders right now. Vice-chancellor Dawn Freshwater is leaving to head up the University of Auckland, having served just three years in the top role.

Former Deakin University chief Jane den Hollander has been called in to act as vice-chancellor until Amit Chakma arrives in July, about a year after he finished up at Western University in Canada.

In some ways UWA should have the least to worry about from COVID-19 as it relies less on foreign students than Curtin and Murdoch.

No doubt UWA leadership recognises the irony of how a shortage of foreign students, which was widely perceived as a policy failure, could have been turned into a positive, given the university now faces a much lower threat to revenues than some rivals.

However, UWA has been hamstrung by the ongoing fallout over recent changes to its course design and faculties organisation, the latter started by Paul Johnson, who stepped down as vice-chancellor earlier than expected.

Professor Freshwater had been tasked with dealing with these changes in her role as senior deputy vice-chancellor, and that process continued with her as vice-chancellor.

To say this has been a period of volatility at UWA would be an understatement, most notably a perception the course changes put it out of step with the local market. Not surprisingly, this has created a challenge when marketing the university to domestic students.

So it is unfortunate that, at a time when the foreign student market is imperilled, UWA is still explaining how course changes that make it similar to national leader, University of Melbourne, are better for WA’s brightest school leavers.

There is every chance that UWA has the strategy to turn that around. But it is early days, which makes it all the more important the next leader is one who can smoothly deal with this localised problem as well as the global disruption to universities in general, without adding further volatility to the mix.

For Robert French, UWA chancellor since 2017, the appointment of Professor Chakma will be a defining moment. Most chancellors only get to appoint one vice-chancellor in their tenure. Typically, such appointments are for five years, and many are renewed for another five.

That was the case with Professor Chakma, who was appointed president of the (then) University of Western Ontario in 2009, and reappointed for a second five-year term in 2014.

It should be noted that Professor Chakma’s tenure did little to bolster Western’s standings in international rankings.

As a top 100 university or thereabouts by most measures, UWA is in a different league. Then again, UWA also belts Curtin on those standings, but we have already highlighted that doesn’t necessarily diminish the latter’s performance in domestic or foreign markets.

Born in Bangladesh, graduating from high school in 1976 and studying natural gas engineering on a scholarship in Algeria, Professor Chakma is an unusual success story. In 1998 he was named among Canada’s 40under40, which is something I like to note as we run that program here. He is also recognised in engineering circles and, I imagine, has learned a big lesson in public expectations after dealing with a controversy around his salary when he took a payout in lieu of a contracted sabbatical.

Intriguingly, the chancellor who would have dealt with that issue was Australian business leader Jack Cowin, the entrepreneur who arrived in Perth from Canada and ended up starting Hungry Jack’s here. His Competitive Foods Australia is one of the biggest fast food companies in the nation.

Mr Cowin has been chancellor at Western University since 2015, and I would not be surprised if those at UWA running the selection process had initiated a chat with Mr Cowin before making their decision.

Like many locals I fondly remember my time at UWA and have kept as close as possible over the years. Last year I was honoured to address one of the many graduation ceremonies, and would mark that as an unexpected career milestone, such is the historic power of the UWA brand.

After a bumbling effort to get past several long-winded titles, the focus of my speech was on how important it is to this state that we keep connected to graduates of institutions like UWA. The true power of WA’s oldest university is the high level of its local and foreign graduates over its 100 years. It needs to retain that to survive, grow and prosper over the next century, and to realise its ambition to be a top 50 university.