Dismantle gets it together for youth

Social enterprise Dismantle is showing its peers how to blend commercial acumen with a social purpose. 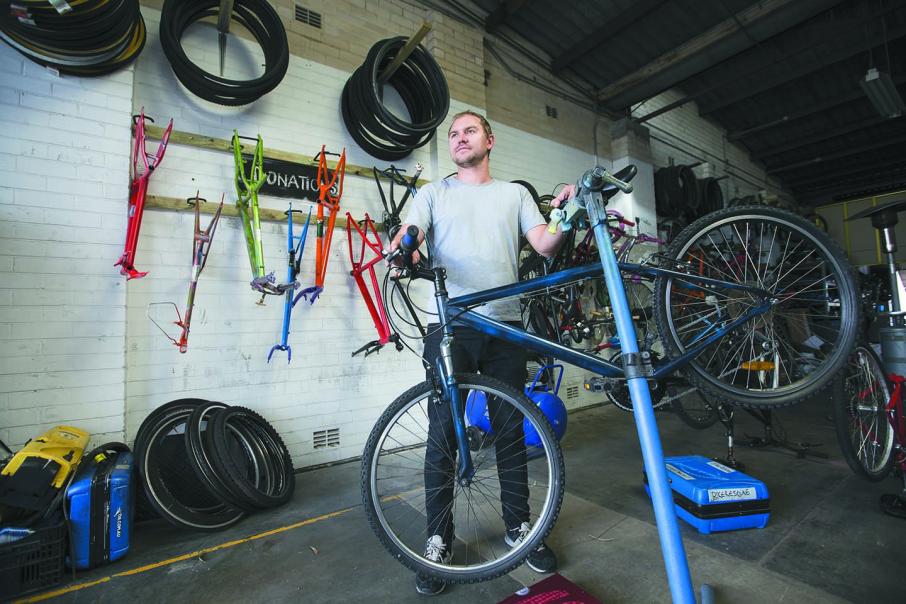 One of the Barnett government’s most innovative policy experiments was the creation of a Social Enterprise Fund in 2010.

It handed out nearly $5 million to startup ventures that were aiming to become financially and operationally sustainable while also pursuing social good.

Among the few enterprises from that time still going strong is Dismantle, which has secured extra financial backing for use alongside profits from its BikeDr bike-servicing business.

Social Ventures Australia has announced it will invest $150,000 in Dismantle, while Jetstar has revealed Dismantle will be the 16th recipient of its $30,000 flying start grants program.

The money will be used to support an expansion of Dismantle’s BikeRescue program, which uses bicycle repairs as a mechanism to connect with at-risk youth.

The good news for Dismantle stands in contrast to many of its peers, judging by a new report highlighting the challenges facing the social enterprise sector.

The Centre for Social Impact followed 10 social enterprises for a year, finding they were savvy in partnering and growing their business but facing challenges in other areas.

“Where they’re struggling is around the areas that ensure their longevity,” report author Chris Mason said.

These include securing external finance, retaining staff and adapting to market changes.

“Undoubtedly the most pressing issue for many social enterprises was availability and access to suitable financial resources, which directly affects longer-term resilience,” Mr Mason said.

The report, which is part of the Bankwest Foundation social impact series, said many social entrepreneurs found it difficult establishing effective reporting on their financial and social performance.

The Centre for Social Impact is developing a web-based reporting tool to help social enterprises address this challenge.

Dismantle chief executive Pat Ryan joined the organisation five years ago before taking the top job two and a half years ago.

He said Dismantle tested or piloted about 25 different programs in its early years, mostly involving bikes and young people, before deciding what it stood for.

“We made a really strong decision that Dismantle exists to help disadvantaged kids, it doesn’t exist to fix bikes or get people on bicycles,” Mr Ryan said.

“Now, the bikes just facilitate the ability of our mentors and youth workers to have face-to-face engagement with kids who need support.”

The money and in-kind support from SVA and Jetstar will be used to expand the BikeRescue program, which will be licensed to third parties, particularly in regional areas.

“We want to train youth workers to deliver our intellectual property and our lessons and buy equipment from us,” Mr Ryan said.

This would be more cost effective and enable the service to be offered far more widely.

“We use the data to demonstrate the program is working,” he said.

“It’s also a really useful tool for the youth workers.

“They want an impact measurement tool, so they can use it across their programs.

“It saves lots of time and enables them to write better reports.”

Mr Ryan said the funding for BikeRescue would complement previous funding for Subiaco-based BikeDr, which he said had become a stand-alone commercial enterprise.

Dismantle plans to pay back 50 per cent of the money from SVA, starting in 2019.

“The fact we had a plan that was capable of repaying a loan really switched them on to us,” Mr Ryan said.

“If this licence model works, which we expect it will, it will open the door for further impact investment.”

“They identify good partners to work with, to ensure they deliver outcomes,” she said.

“They also put boundaries on the scope of what they are doing.

“That’s a rare thing, most organisations want to do more and more.”

Ms Leventhal said a key aspect of SVA’s approach was the professional support provided by pro-bono partners, which in Dismantle’s case will include Gilbert + Tobin and Deloitte Consulting.