The Australian Institute of Company Directors has released its bi-annual Director Sentiment Index survey showing confidence of Australian directors about business and the future of the economy has improved since the election of the Abbott government. 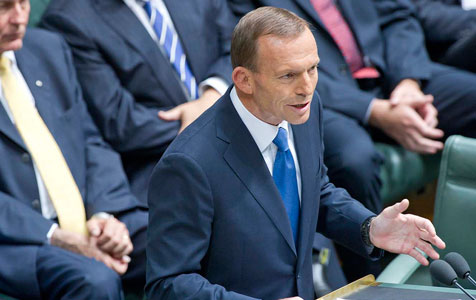 The Australian Institute of Company Directors has released its bi-annual Director Sentiment Index survey showing confidence of Australian directors about business and the future of the economy has improved since the election of the Abbott government.

In a statement in Canberra today, AICD chief executive John Colvin said the improvement of director sentiment was put down to a more positive perception of the new government.

"This survey shows an improvement in overall sentiment on the back of growing optimism about the business outlook and consumer confidence," Mr Colvin said.

For the first time in the history of the survey, a majority of directors agreed that ‘the current government understands business’ with 55 per cent of director’s agreeing, compared to just 8 per cent in the last survey in April.

Almost 70 per cent of directors expect the new government will have a positive impact on their business decision making, while 80 per cent expect it to affect consumer confidence positively.

According to the report, the outlook for the future health of the Australian economy has significantly improved, although directors remain slightly pessimistic.

When asked to identify the biggest economic challenges facing Australia, directors cited too much regulation or ‘red-tape’, global uncertainty and low productivity growth.

“More than 60 per cent of directors believe that the level of ‘red-tape’ and the time spent by the board on regulatory compliance has increased over the last 12 months, with more than 70 per cent of directors identifying workplace health and safety and preparing and paying taxes as the aspects of their business most affected by ‘red-tape’,” Mr Colvin said.

“This survey has a clear message, business is telling government, loud and clear, that reducing the regulatory burden, both through cutting existing red-tape and taking a more efficient approach to creating any new regulation must be a priority,” he added.

In the sixth survey in a row, infrastructure is rated as the top policy priority for the government to address both in the long and short-term. Improving productivity is the second most urgent issue on directors’ minds.

The AICD’s Director Sentiment Index is an indicator of measuring the opinions and future intentions of the Australian director community.