The March quarter was a quiet period for M&A transactions in WA, although the deals that were announced attracted their fair share of controversy. Click through to see details on 78 WA deals worth $2.4 billion. 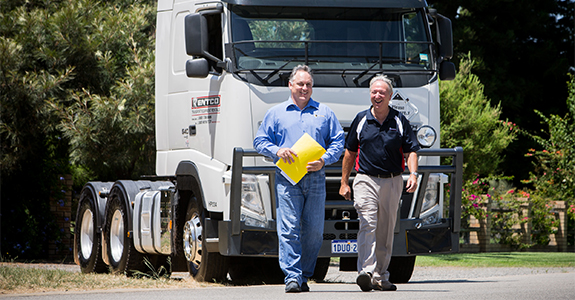 The March quarter was a quiet period for M&A transactions in WA, although the deals that were announced attracted their fair share of controversy.

For more on our Corporate Finance feature, see the Special Report.

In December last year, Amcom Telecommunications and Vocus Communications announced an agreed merger that was expected to be a precursor to many similar in-sector deals.

In practice, things have panned out quite differently.

Programmed Maintenance Services proposed a ‘merger of equals’ with Skilled Group, but was firmly rebuffed.

iiNet negotiated a friendly merger with TPG Telecom but the response from key investors and company founder Michael Malone has been anything but. On the same day the iiNet deal was announced, Emeco Holdings unveiled the acquisition of Perth-based truck rental company Rentco.

Like iiNet, its board has come in for stern criticism from key investors, who believe the deal was ill-timed and poorly priced.

In the gold sector, which is seen as a bright prospect, Tanami Gold found itself in the rare position of having competing bids for its Central Tanami project.

Yet its directors now find themselves under legal threat, after walking away from their initial deal with Metals X in favour a second deal, with Northern Star Resources.

Looked at collectively, this run of M&A news shows how hard it is to complete a successful deal in current market conditions.

The failed or contentious deals far outweigh, in dollar terms, the M&A deals that have proceeded smoothly in recent months.

“In a volatile market, it’s more challenging for a director,” Mr Martin said.

“What’s the incentive for a director to stick their neck out and take a risk?”

He said the scarcity of new deals meant activist shareholders were applying even more scrutiny to those that were announced.

The scrutiny of company directors cuts both ways; while some have been criticised for doing a deal, many will be asking, with the benefit of hindsight, whether they should have rejected earlier takeover offers.

Transfield Services, for instance, knocked back a $2 per share cash offer in December, yet its stock is now trading around $1.40/share.

“We’ve definitely picked up the bug for shareholder activism from the US,” Mr Davies said.

“I think it will increase because they are getting some tangible outcomes.”

Despite this, he is cautiously positive about future deal flow.

“The market is definitely more active than it was at the end of last year,” Mr Davies said.

“I think the expectation gap between buyers and sellers has narrowed and is continuing to do so; we are now in or rapidly approaching a zone where deals will get done.”

“The reality is, shareholders are more comfortable being activist,” Mr Lisle said.

“They are more confident challenging boards.”

He said there was still plenty of scope for consolidation, especially in mining services and gold.

“Smart deals will continue to be rewarded; consultation with shareholders is key to getting deals up,” Mr Lisle told Business News. Emeco and iiNet have both responded to criticism of their M&A deals by engaging more closely with their shareholders.

Emeco, led by managing director Ken Lewsey, has postponed settlement of its $75 million Rentco acquisition by a month, while the company seeks to address the issues raised by two of its major shareholders.

iiNet chairman Michael Smith has acknowledged he should have engaged earlier with shareholders when the TPG deal was announced, but emphasises that the shareholder vote will not occur until June.

“The decision the board has made ought to be viewed as the beginning of a process,” Mr Smith told Business News.

The controversy over the iiNet-TPG deal put Mr Smith in the national spotlight.

Not only is he iiNet chairman, Mr Smith is also national chairman of the Australian Institute of Company Directors.

“One of the reasons I’m chairman of the AICD is that I have a real interest in governance, in good governance,” he said.

“I would hope this would be a good example of good governance.”

Mr Smith believes company directors need to narrow their focus when they are dealing with a takeover offer.

“The first responsibility of a director is to protect the company, and once you are satisfied on that, it’s to look after the stakeholders, the customers, the staff, the shareholders,” he said.

“In a normal day, you are thinking about all of those.

“When you are looking at a transaction like this, in law, and in terms of your responsibility, your primary duty is to shareholders, to bring about the best possible result for them.”

As chairman, Mr Smith said his role was to ensure all directors had all the evidence about the offer and the company’s own prospects, and an opportunity to debate and discuss the options.

“We looked at four options, I won’t describe what they were,” he said.

“I asked each director individually where they stood on each of those options.

“Then I asked the board collectively to make a decision.”

Mr Smith remains confident that iiNet and its adviser, Azure Capital, have a robust process in place to deal with the TPG proposal.

“Going into that, we have constantly kept a defence mandate in place,” he said.

“We have a valuation model on the business, which we have used for acquisitions and defence.

“Not long before this offer came in, we had revisited that with Azure and updated our own valuations.”

Mr Smith emphasised that iiNet’s board had plenty of relevant experience.

“We’ve been on the other side of this a lot, we’ve made over 30 acquisitions,” he said.

“We’ve had multiple approaches to buy the business or merge the business. We have rejected a lot of offers.”

What was different this time? BY THE BOOK:  Michael Smith says he has a strong interest in good governance. Photo: Attila Csaszar

iiNet’s board concluded that TPG’s $8.60/share cash offer would deliver a better return for shareholders than staying independent.

“You just need to be sure that you are making an objective decision on all of the facts,” Mr Smith said.

“While you might feel personally excited about the future of the company and very excited about your own participation, you are still being paid to be the judge based on all the evidence.”

Mr Smith acknowledges the takeover will be a loss to the Western Australian business community.

“As a Western Australian, it’s been wonderful to see this business be so successful,” he said.

“If I wanted to be selfish, I’d also feel very disappointed that I’ve lost my association, but you’ve got to do your job.”

He believes TPG, which is best known as a no-frills operator, will not destroy the quality and service focus that is a core part of the iiNet brand.

“I’ve spoken to (TPG chairman) David Teoh several times about this,” Mr Smith said. “The single best piece of evidence is that he is paying $1.4 billion, with the majority of that being for a brand.

“On the objective evidence, he is one of the most successful entrepreneurs in Australia and one of the standouts in the telco industry.

“It’s inconceivable to me, that a man that bright would place at risk that much money by doing anything other than his level best to run that brand as successfully as he can.”