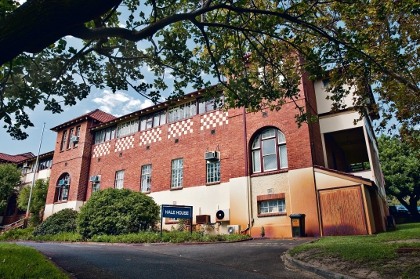 HERITAGE: Diploma Group has been entrusted with the task of transforming Hale House into the 'Premier's Palace'.

Diploma announced today that construction works would begin immediately under a $17.98 million contract for Hale House, creating new offices for the premier and state cabinet.

Diploma said Hale House would be completed by July next year.

The works will see Diploma design and construct redevelopment works on the infield pits, footbridge overpass and media centre at Barbagallo.

Diploma Group managing director Nick Di Latte said works would begin in December at Barbagallo, and would be completed in time for the V8 Supercars event scheduled in March next year.

“These two projects are very exciting for Diploma,” Mr Di Latte said. “Being entrusted with the refurbishment of Hale House is a testament to our ability to sensitively undertake work on significant heritage projects.

“The Barbagallo raceway works will see Diploma bringing the project in on time to ensure a successful V8 Supercar programme in 2012.”

In addition to the contracts already won, Diploma said it expected to hear shortly whether it was successful on winning the Kwinana Hub Shopping Centre redevelopment works.

Diploma's stock remains in a trading halt entered into on October 18, amid media speculation regarding a $100 million contract win with Frasers Property for the second stage of the Queens Riverside development in East Perth.