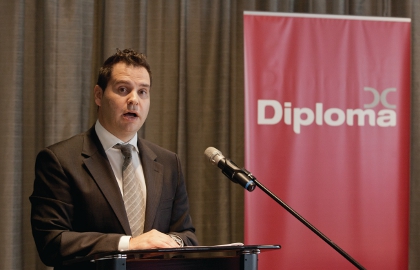 Construction company Diploma Group has reported a net profit of just $73,000 for the half year to December 2012 as it seeks to recover from substantial losses in its development business last financial year.

Diploma’s small profit represented a turnaround of sorts for the construction group which recorded a net loss of $27.5 million last financial year in the wake of disappointing sales revenue from its pre-GFC residential development portfolio.

Revenue for the half year was down 13 per cent on the previous corresponding period to $83 million.

The Group’s construction division secured two new projects totalling $68 million during the period, and in February signed a $35 million contract for an apartment project at Port Coogee.

This took to $244 million the future revenue from secured construction work.

Diploma’s foray into large scale residential development continues to wind down as the company refocuses on its core construction business and offloads pre-existing development stock.

In the first half of the financial year the company sold its land holdings associated with The Crescent Midland development and sold down 75 per cent of its interest in the One on Aberdeen project through its first syndicated deal.