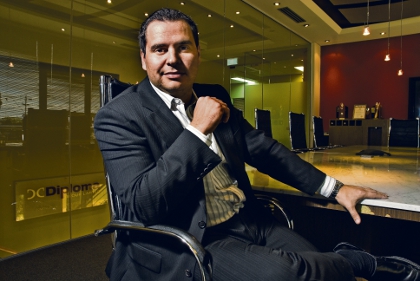 Property developer Diploma Group has been asked to explain the circumstances surrounding its $25.5 million net loss for the 12 months ending June 30, which was announced late last week.

Diploma said last week that primary driver behind the increased loss was a significant drop in sales revenue from its pre-GFC developments, particularly a high rate of defaulting purchasers at the Zenith and Rise apartment projects in Perth’s CBD.

The result included a $10 million impairment from the group’s decision to discontinue its operations in the United Arab Emirates, while Diploma said its construction division also suffered from delays in commencement of new work over the year.

The Australian Securities Exchange sent a query to Diploma yesterday, asking the group to clarify when it first became aware that its loss would be more than 6000 per cent larger than the previous corresponding period.

Diploma said it had held an audit committee meeting on August 27 to discuss the carrying value of its United Arab Emirates and Australian assets.

The company’s board of directors resolved to exit the UAE the following day, and to discuss a possible buyout with local management or actively market the division to external parties.

Diploma said a further meeting was held on August 30 after the market had closed, in which it made its final decision on the carrying value of the assets and realised the extent of its losses.

The group said it did not believe at the meeting of August 28 that its UAE operations would be written down to nil because of external valuations that put the assets at around $4.6 million.

Diploma also said it only made the decision to write down the profit on a large construction project on August 30 because of the uncertainty surrounding a claim for damages.