OPINION: A bit of bagging from Donald Trump has coincided with the digital rise of a traditional US publishing business. 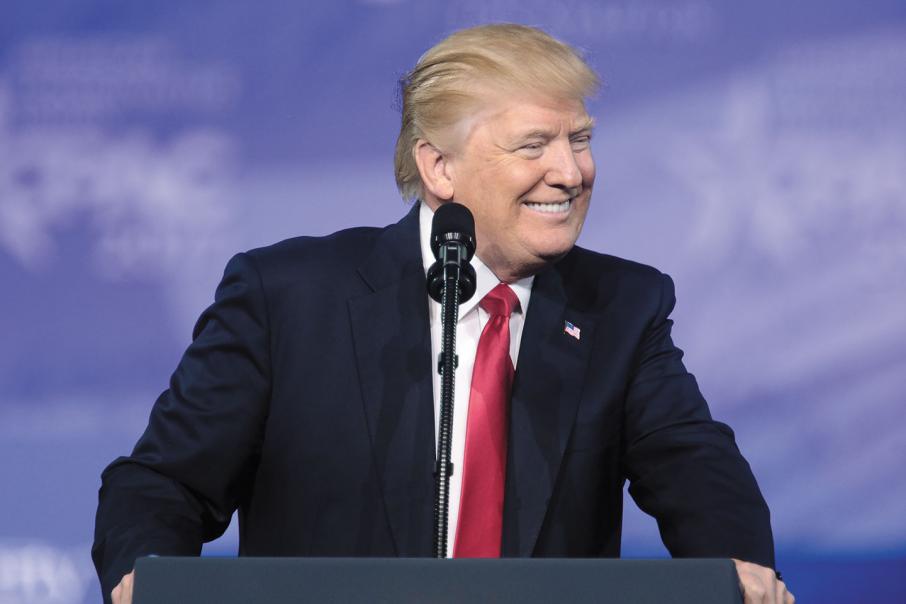 Rather than failing, as Donald Trump claims, The New York Times is undergoing a digital boom. Photo: Gage Skidmore

Although no universal measure yet exists to gauge how quickly consumers are adopting the technologies of the digital age, such a tool would be helpful for businesses trying to keep track in a rapidly changing world.

Retailers in particular would love to have a simple way of knowing where they should be investing, rather than persisting with the painful process of trial and error being used today.

For an academic with spare time, or in need of an idea for a thesis, devising an equation that shows business where to invest (and where not to) could be the difference between success and failure.

Several developments of the past few weeks highlight the irreversible nature of the change in all facets of business, with the headline grabber being the migration of great wealth to those in control of the digital world.

The clearest measure of the gap between winners and losers could be seen in the way the world’s leading digital exponents, Jeff Bezos and Bill Gates, swapped places, almost on a daily basis, for the title of world’s richest person.

Mr Bezos is the founder of retailing giant Amazon, while Mr Gates is the man behind Microsoft.

For a few hours around the time Amazon published its latest profit result, Mr Bezos’s personal fortune was valued at $US90.6 billion ($A113 billion – or slightly more than the combined value of Wesfarmers, Woolworths and Woodside Petroleum).

Mr Gates slipped to $US90.1 billion, before regaining top spot when Amazon shares retreated from an all-time high of $US1,082 each.

While those two were swapping places at the top of the totem pole, a grim game was being played by traditional retailers in Australia, where sales have been sagging and profits evaporating – a perfect climate for short sellers to drive down the share prices of stock exchange-listed retailers.

The same trend can be found in the US, where investment funds are placing huge bets on the collapse of traditional retail, in the same way a few particularly clever operators placed bets on the collapse in the US housing market before the sub-prime housing sector meltdown triggered the GFC.

Ten big US retail companies have been forced into bankruptcy in the past 12 months. Investment bank Credit Suisse calculates that as many as 8,600 retail outlets could close this year, freeing up an estimated 13.6 million square metres of floor space, which is bad news for landlords.

Interestingly, a lesson about how to manage the shift from traditional to a digital business model can be found in the way one of the oldest and most deeply damaged traditional businesses is carving out a digital niche, just as some critics have dubbed it a failure.

The New York Times newspaper, a favourite punching bag of US President Donald Trump, is morphing at a much quicker rate than most people had expected from a paper-based business to a digital business.

At around the same time President Trump was rubbishing The New York Times as a failed business, it was actually enjoying a remarkable turnaround, having successfully migrated a handsome volume of advertising from paper to digital delivery.

The numbers are interesting because of the inevitable transfer of a US experience to Australia, normally with a gap of a year or two.

Perhaps even more impressive is the readership boost as new customers are signed up to the digital model of a 166-year-old business. The NYT now boasts 2.3 million digital-only subscribers worldwide who paid $US83 million for the digital paper, a rise of 46 per cent on revenue in the June quarter last year.

Rather than failing, the NYT is actually an emerging success story in moving from a traditional business model to a digital model.